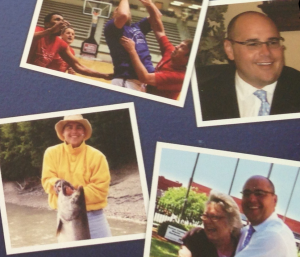 The 2014 primary elections are almost a year away. Most political observers would say that it’s a little early to start sending out campaign mailers, but that’s not stopping one state senator from getting things started (totally unrelated to the fact that he’s already drawn a primary opponent, I’m sure).  Senator Jeremy Hutchinson sent out the first legislative campaign mailer of the 2014 election cycle over the past weekend. The problem is not so much that it’s ridiculously early; the problem is that he makes several ridiculous claims about his record. They’re not just ridiculous because the senator claims (in large capital letters) to stand for “fiscal responsibility” after he recently directed your state tax dollars to be spent on a local fireworks show, directly benefiting his re-election campaign. It’s because he failed the fiscal conservative litmus test of the 2013 session.

Under a section of the mailer entitled “a solid record of holding the line on spending, taxes and tough on crime,” Hutchinson claims:

While it may be true that Senator Hutchinson never voted for a bill that directly increases our taxes, Senator Hutchinson’s vote for Medicaid expansion constitutes one of the largest implicit tax increases in Arkansas history. If you believe the state’s numbers, this expansion will cost state taxpayers (at minimum) $2 billion over the next ten years and that doesn’t even count the tens of billions of dollars it will add to the national debt. (One House member says the cost will be more than four times these original projections.) No matter much Medicaid expansion ultimately costs, it will grow government; the gigantic increase in state spending that it spawns will necessarily lead to tax increases in the future. In state government — where we can’t just print money when we run out — spending more inevitably leads to taxing more.

In addition, as we now know (thanks to the Oregon experiment), Medicaid coverage doesn’t improve physical health outcomes. From a conservative, fiscally responsible standpoint, I think it’s fair to say then that adding hundreds of thousands of people to a health system that doesn’t make them physically healthier and costs taxpayers billions of dollars is, in fact, “wasteful spending.”

In his remarks to the Saline County Tea Party in May, Hutchinson said the additional Medicaid spending coming to Arkansas was a “pittance” and that the federal government was going to “spend it anyway.” This is an admission that expansion would increase spending and add to the national debt. Not only is such a posture just the opposite of “fiscal responsibility,” it’s wrong on the facts:  anyone who understands state and federal budgeting knows that Arkansas’s refusal to expand Medicaid would have led to lower federal spending and smaller federal deficits.

Under the title of “accomplishments and service,” Hutchinson says he was “lead sponsor of the Tort Reform Legislation (SJR2).” This alleged accomplishment — and, notably, its use of the word “the” — is interesting; more precisely, this alleged credential is ridiculous. Only one tort reform amendment was taken seriously enough by the relevant Senate committee to be passed along to its joint committee on constitutional amendments — and it wasn’t Hutchinson’s. Indeed, Hutchinson actually worked against the only tort reform measure that ever received any consideration at all from the relevant joint committee; for instance, by insisting on a strict and technical reading of the Senate Rules, Hutchinson succeeded in delaying Senate committee passage of the leading tort reform amendment, and this Hutchinson-engineered delay ultimately helped to destroy its prospects.

Finally, it may just be me, but it seems odd to see a candidate bragging about sponsoring tax cut bills eight years ago, dating back to his time in the House. By his own measure, Senator Hutchinson hasn’t sponsored a single tax cut bill since he’s been in the Senate, which includes two legislative sessions. Of course, it also strikes me as weird to see someone trumpeting their “40 under 40” designation from eleven years ago. But like I said, maybe it’s just me.

3 thoughts on “The First, And Probably the Worst, Political Mailer of 2014”