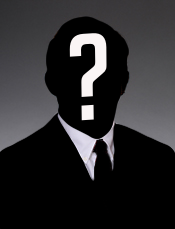 Almost every public official who was there has been a friend of the Advance Arkansas Institute and, in some way, has fought for good-government reforms. But I have become increasingly dismayed by their discussion of the “private option” last night, because it demonstrated an absence of knowledge about the basic facts of the program they spent roughly 90 minutes discussing and endorsing.

I decided not to single out any particular legislator for any particular demonstrably false statement, or for any particular remark that conveyed an alarming error in judgment or a fundamental lack of understanding of the program that the legislators spent 90 minutes endorsing. Instead, I decided to assign each of them a pseudonym, so that we can play the following game. I will list some of their more egregious statements, and then explain why their statements are (not to put too fine a point on it) incompatible with truth, justice, and the American way. The first three people who can correctly match each statement with its source will receive a free copy of AAI’s Action Plan for Arkansas 2013, a 112-page plan that outlines a conservative public policy path for the state. If you’re lucky, Dan Greenberg might even autograph it for you. (Feel free to enter our contest in the comments section below: we’ll email the winners.) With that, let the games begin.

Actually, only 20, not 30, states have moved forward with Medicaid expansion. (Unfortunately, Arkansas is one of them.) Those who read Christina Corieri’s excellent piece in the Wall Street Journal last week knew that 18 states had in fact refused Medicaid expansion by then, and in addition that 12 states both remained undecided but were leaning against expansion last week. (After the Goldwater report appeared, another state declined to expand; when Missouri opted out a few days ago, this made a running total of 19 states that were naysayers.) Legislator Alpha is, unfortunately, using the same logic as a friend of mine once did in high school, when he explained to me that all of his female classmates who hadn’t yet turned him down definitely wanted to go out with him; I fear that, like my high school friend, Legislator Alpha is assuming what he cannot demonstrate.

Legislator Beta noted that he evaluated the private option plan by looking at the people who designed it: “Those are some of the most conservative people we have in the legislature. So I trust them.” This argument was also made by Legislator Gamma, who explained: “I’d like to begin just by reminding you, those of you who are here in Saline County, that these folks up here have a very conservative record. You look at our records. Go check our voting records on those 15 gun laws … Look at what we’ve done in terms of pro-life issues. Look at our voting record on tax, tax cuts and on tax increases. Look at those things.”

But here at The Arkansas Project, we follow the Batman Rule. You may remember this scene from Batman Begins, in which Batman engages in this brief colloquy with his girlfriend, Rachel Dawes:

Rachel Dawes: Wait! You could die. At least tell me your name.

Bruce Wayne: It’s not who I am underneath, but what I *do* that defines me.

The Batman Rule, in short, is that we determine whether a policy is conservative by looking at what it does. The Batman Rule suggests that the policies that legislators choose are not correctly described by invoking the emotions and the psychology of legislators, or by invoking the many other things that they’ve done in the past. When we look at the private option, we don’t evaluate it by saying that it must be good because the same legislators who are for it also provided tax relief. That’s not analysis; it’s just tribalism.

More alarmingly, Legislator Beta also explained the budget impact of Medicaid expansion this way: “I’ll be honest with you, yes, I understand, the private option will probably cost the federal government more. If I remember right…eight ten-thousandths of percent increase in federal spending if the private option gets approved. And we’re talking about a, close to an 8% decrease in expenses to the state of Arkansas. I can’t promise you that if we save the federal government money that it will change anything.”

Legislator Beta’s figures are garbage numbers derived by a unsophisticated methodology that ignores the prospect of national savings driven by national economies in spending. As Corieri’s WSJ article noted, the cost of expanding Medicaid nationwide was expected to be $950 billion over to 2022; assuming that current trends hold and only 20 states expand Medicaid, that would mean that almost two-thirds of Medicaid expansion spending would never take place. Saving $609 billion is more than (as another legislator said) a “pittance”; in fact, as Corieri noted, “that’s more than seven times the $85 billion in 2013 sequester cuts and more than half the projected federal deficit for this fiscal year.”

Legislator Chi, however, distinguished himself by displaying an ignorance of basic federal budget mechanics that dwarfed even Legislator Beta’s; when discussing what happens if Arkansas doesn’t receive expansion money, Legislator Chi explained that “they’re going to spend it anyway. I just don’t believe they’re going to take this pittance in money we save by not doing it and reduce the debt. They’ve never done it.” On this point, Legislator Chi is flatly wrong; more precisely, Legislator Chi just doesn’t believe what is necessarily true. Medicaid dollars come out of what is called mandatory federal spending, and when that mandatory spending doesn’t take place, it necessarily reduces the federal debt.

Legislator Chi also explained that Medicaid expansion was part of a great conservative tradition: “We are implementing stuff that they hate. They have been fighting us for 50 years against what we’re trying to do. They have the one little window where we have them over a barrel, and they may end up acquiescing and giving us what we’ve been fighting for for 50 years and have never been able to get. Now that is not Obamacare. You can call it that, but it is not Obamacare. It may still be bad, it is not good, I’m not sitting here saying ‘rah rah.’ But it is not Obamacare. It is Goldwater! It is Reagan! It is what we’ve been fighting for, at least the reform parts, not government expenditures — that’s terrible and I wish we didn’t have to do it. But the reforms part certainly couldn’t be classified as Obamacare.”

It was at this point that Goldwater and Reagan began spinning in their graves so rapidly as to alter the Earth’s orbit. The notion that either one of them would have signed off on creating several hundred thousand more Medicaid recipients, given the gigantic pile of evidence that Medicaid is the classic case of a government program that inherently does not work, is historically illiterate. It’s almost as illiterate as the same legislator’s statement about the private option that “I wish we didn’t have to do it,” given that anybody who looks at the Medicaid reform measures passed this session knows that many of them were entirely separate from the expansion bill, as were tax cuts, and the Supreme Court struck down the Medicaid expansion mandate in Obamacare.

Legislator Gamma explained that, under the private option, “Medicaid will shrink.” This is deceptive rhetoric, given that we only get shrinkage by not counting the hundreds of thousands of new clients who will move onto the rolls of the private option. Presumably, Legislator Gamma is aware that the reason that people believe that we want the Medicaid rolls to shrink is that we are wary of hundreds of thousands of people receiving an array of taxpayer-funded benefits. It’s not that fiscal conservatives are only concerned with subsidies that begin with the letter M and are three syllables long; rather, we’d like to see a smaller footprint by government overall.

Finally, Legislator Omega explained that “The private option is not Obamacare. It is a profound disruption of Obamacare. And anybody that makes the claim that this is implementation of Obamacare is simply not informed about what’s in there. It is a massive increase of entitlements on some level. You can call it whatever you want to call it.”

The first part of this quote is dead wrong, but I suppose I agree with the last part of it. In particular, I would opt to call what our legislators did this session “the implementation of Obamacare.” It is a simple fact that the two fundamental state-level policy goals of Obamacare are 1. The establishment of a state exchange and 2. Expansion of Medicaid. To its discredit, the Arkansas state legislature is among the small minority of states in which these two Obamacare goals have been accomplished.

I don’t want to suggest that everything that our legislators said last night was disappointing. One of them, for instance, provided an extensive explanation of how different “private option” coverage would be from Medicaid coverage. I think that’s probably wrong, based on the guidance that the federal government has given us on this question, but Legislator Alpha’s advocacy on this question was so impressive that I intend to go back and revisit it.

Don’t get me wrong. I’m happy that these legislators are willing to come before their critics and explain themselves. And I appreciate many things they’ve done, and many choices they’ve made. But not this one. Observers of the Arkansas Times website may have noticed this extraordinary video they produced, in which the Democratic and Republican architects of the private option are depicted dancing joyously together. Those who don’t see this as an occasion for dancing may want to think about why the Arkansas Times does.

24 thoughts on “Day of Reckoning in Saline County: Who Said It?”