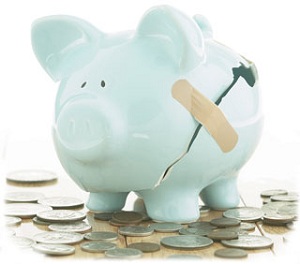 Any government program is, by definition, a failure — unless it improves peoples’ lives. Some conservatives think that improving people’s lives through government is difficult at best (and sometimes impossible), and that the burden of proof is on the advocates of social programs to demonstrate that they truly help people. I tend to agree. So I watched in disbelief as many Arkansas Republican legislators recently went along with Governor Beebe’s plan to expand the Medicaid program — dumping as many as 250,000 new Arkansans into a failing system. More government is not the answer to the health care challenges our country and state face. In fact, government is responsible for many of these problems.

Over at Forbes today, our friend Avik Roy analyzes a new study out of Oregon that presents compelling evidence that Medicaid does not improve health outcomes for its subjects:

And all of that, despite the fact that the study had many biasing factors working in Medicaid’s favor: most notably, the fact that Oregon’s Medicaid program pays doctors better; and also that the Medicaid enrollees were sicker, and therefore more likely to benefit from medical care than the control arm.

Where the study did show significant differences between Medicaid and the uninsured was in spending (Medicaid patients spent an average of $1,172 more than uninsured patients); and utilization of health-care services (which drove the spending). Some of that utilization was a good thing, such as an increase in cholesterol screening. But it didn’t result in better cholesterol health outcomes.

These findings echo a lot of what we said during the debate over Medicaid expansion here in Arkansas: throwing more people onto a broken Medicaid program isn’t helping anyone (other than hospitals who have their hands out and politicians that are eager to “do something”). Additionally, as Heritage’s Ed Haislmaier said at several of AAI’s Medicaid town hall meetings, giving a guy living under a bridge a Medicaid card doesn’t improve his life — it gives him a Medicaid card to put in his pocket, assuming he has pants. He’ll be enrolled in a program that provides very limited access to doctors, costs taxpayers and businesses billions every year, and therefore makes it harder for him to find what he really needs — a job. (Despite what Greg Leding and perhaps even some Republican lawmakers may think, an additional $20 billion in government spending over the next ten years isn’t going to create anything but more national debt and a higher burden on taxpayers.)

Roy sums it up better than I ever could:

There are still a number of states that are considering whether or not to expand Medicaid. The pro-expansion argument usually revolves around the piles of cash—from taxpayers in other states—that will redound to the particular state in question. But every state will still have to spend a considerable sum of its own money to sign onto the Medicaid expansion. At a time when middle-income Americans are themselves being squeezed by Obamacare’s hikes to health insurance premiums, it is positively unethical to take money from them in order to fund a broken program that doesn’t improve health outcomes.

Progressives have long enjoyed wielding the straw man. “If you oppose expanding Medicaid,” they say, “you oppose health care for the poor. Plain and simple.” But the truth is, if you support expanding Medicaid, you’re doubling down on a broken program, one that shuts the door on real reforms that could provide quality healthcare to those who most need it.

If you’re interested in a comedic rebuttal to the Oregon study (although I don’t think it’s supposed to be funny), check out this ‘debunking’ by an MSNBC panel, courtesy of The Free Beacon.