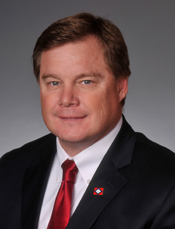 In my opinion, Arkansas Republicans’ greatest legislative achievement in 2011 (the last legislative session in which they were still a minority) was blocking the implementation of the state Obamacare exchange. Governor Beebe, Insurance Commissioner Jay Bradford, and large numbers of Democratic legislators were anxious to institute a state exchange in order to give the floundering and vastly unpopular law a foothold in Arkansas. Fortunately for taxpayers, they didn’t have the votes to proceed without the consent of state Republicans — and Republicans held the line. For some reason, however, the tone of legislative Republicans changed in the 2013 General Assembly. Suddenly we needed to set up an Obamacare state exchange — meaning that state taxpayers would be on the hook to create a gigantic new bureaucracy.

Why? What changed? Why did Republicans fight an exchange, specifically a state exchange, for so many years — and then cave in as soon as they had the majority? Even more unsettling: the bill was rushed through rapidly in the closing days of the session with little debate. I reached out to two Republican lawmakers in an effort to learn more. Rep. John Burris did not return my request for an interview, but Rep. Mark Biviano did. Biviano was the sponsor of the House bill that implemented the exchange (HB1508). What he told me was quite enlightening:

You gotta remember when we were first fighting that in the previous session, it was not a fight against the exchanges. Because I will tell you I actually believe in the concept of a marketplace exchange. I’m not against — in fact I’m in favor — you saw in the testimony many times I asked the question, ‘Are we looking at different types of exchanges?’ What we were fighting against initially was that the implementation of the Affordable Care Act wasn’t decided. We were fighting because there was still an opportunity that that law could have been overturned either in the form of the Supreme Court decision or in the upcoming elections. So you’ve got to put that in context and perspective. So that’s really what the argument was about. It wasn’t so much the concept of the exchange, it’s just at that point, in that particular argument, at that point in time, the exchange represented the implementation of the Affordable Care Act.

What’s changed since then obviously is re-election of the president, the Supreme Court upheld the decision, and so there’s nothing we can do to stop implementation of the law. That’s going forward.

Now, for me, and the reason I sponsored the legislation this past session, was to find a way for us to take more control of it…Individually, as a state, we’d be able to take more control of this business model. If you look really into that legislations, what it really does is it sets up this not for profit board that can now make decisions and will not grow state bureaucracy. It gives us an opportunity to privatize some functions within this exchanges and create better efficiency, a better consumer experience, a more competitive marketplace and at the same time not allowing state government to become so large and bureaucratic with this exchange. It just gives us more control over that.

Initially it was really a statement that we weren’t supporters of the Affordable Care Act. Now it’s a different…we’re in a different place now.

I must admit: I find this shocking. A few years ago, I was under the impression that Republicans were fighting Obamacare implementation because they were against Obamacare implementation. I asked Rep. Biviano specifically about the idea of a state exchange versus a federal exchange: to my recollection, Republicans had fought for a federal exchange because 1. It wouldn’t come out of the state budget and 2. It would further delay implementation because the feds weren’t in a position to set up an exchange anytime soon.

Well, that’s that’s…we don’t know, right? But, that’s something that…we are still seeing some movement in the federal law. I think it’s better long term for us as a state to have control over our destiny. It’s better for us now. The exchange is going to be funded by the premium tax and there are still federal dollars that are available under the state model for the implementation of the exchange. What we are in position for now with the legislation that was passed is to ensure long-term that the state doesn’t grow so much bureaucracy that they then have to pay for and maintain by taking control and making it more of a business entity.

This is a startling justification because (to repeat) if the state legislature chooses a federal exchange, the state will not have to pay for an exchange at all. Period. If I am understanding Rep. Biviano correctly, he justified his decision by explaining that he had decided to create a financial obligation for the state in 2013 in order to block some kind of hypothetical future financial obligation for the state which, according to federal law, could not occur. He continued:

My position has…I’ve always had the position that 1. I believe in the concept of a marketplace exchange. Initially, we used that as a vehicle to fight because we were in a position at that time where we didn’t have a Supreme Court decision…we didn’t know the outcome of the upcoming elections. We do know what the result of those are now in this last session. It was better now to be in a position to take control of that exchange and not just bring it back to the state and allow the insurance department or the state bureaucracy to run it…we setup this board, governing board, outside of the state that will now allow us to privatize functions within the exchange. To me, it’s the best business model that we could set up that will long term cost less, provide more competition, provide a great consumer experience — for something that we’re basically mandated to have.

Biviano said the state could have still opted to go for a federal exchange, but we would not have been able to setup the nonprofit governing board and had as much control over the exchange. He emphasized that the decision to go with a state exchange had nothing to do with the “private option:”

I can tell you, when we crafted this legislation — this, in my opinion, had nothing to do with the private option. It has everything to do with us controlling our business and making it a more private, business-oriented endeavor than allowing yet more government and more state bureaucracy to grow, which we had less and less control. Ultimately it would’ve cost the state more money.

Unfortunately, a state exchange won’t give Arkansas any more “control” over Obamacare implementation than a federal exchange — states still have the fundamental power to determine whether insurance companies were licensed and in good standing to do business with our citizens and Obamacare didn’t change that — but a state exchange will obligate Arkansas taxpayers, create an array of duties and burdens for state government, and leave state politicians accountable for the law’s failures. This has been discussed extensively by pro-liberty groups such as the Cato Institute and the Advance Arkansas Institute — and before the recent session, I thought the majority of state Republican lawmakers agreed.

For clarification, I asked Rep. Biviano how a state exchange will save the state money since a federal exchange would have been fully funded by the federal government. He explained that the additional bureaucracy that would’ve come with a federal exchange would’ve cost more in the long run. “You’ve gotta believe that government doesn’t operate as efficiently as a private enterprise or a private business,” Biviano said. This is true, but hardly relevant. I don’t see how a state Obamacare exchange — or a “nonprofit” exchange — resembles a private-sector business in any way.

As for the feds picking up the tab for a federal exchange, Biviano said it was a tossup:

Well, yeah, but for how long? We had no guarantee of that. At some point, I believe, they’d start pushing those costs back to the state. And then we would’ve had to dealt with, if we’d set up this big large bureaucracy, the state would have to, perhaps, start kicking in some of the costs for it. I believe the approach we are taking ensures that we have an opportunity to better manage business.

Again: the theory here appears to be that, instead of taking a chance that some costs might hypothetically get loaded onto the state in the far future, we need to ensure that the state will be obligated in the present. Furthermore, this is a remarkably weak justification coming from anyone who supported Medicaid expansion — isn’t there just as much of a chance that a larger and larger portion of the Medicaid expansion burden will eventually be forced onto state taxpayers? If Rep. Biviano truly had this concern about future state obligations, it’s a shame he didn’t share it publicly rather than keeping it to himself while voting for Medicaid expansion.

My conversation with Representative Biviano underscored why this session was such a serious disappointment for fiscal conservatives. To add to the disappointment of underwhelming tax relief that has been pushed into the future, conservatives were asked to accept the state-exchange implementation of Obamacare as well as one of the biggest expansions of the welfare state in Arkansas history. Seeing longtime opponents of such policies not only embrace them, but also adopt unfounded arguments in their favor, is extremely unsettling.

9 thoughts on “Why Did Arkansas Implement a State Obamacare Exchange?”