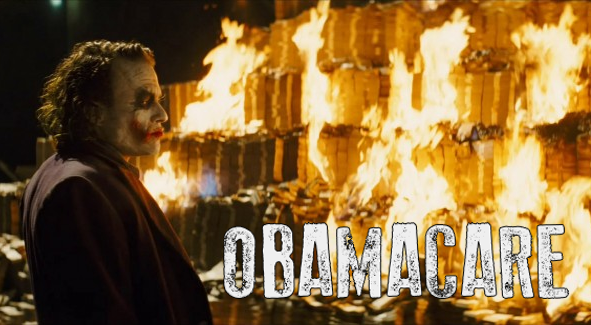 In order for Obamacare to work, the federal government must enroll as many people as possible into it. Part of their enrollment strategy includes the use of “navigators” who will inform Americans about the wonders of Obamacare and guide them into the program. Each state will have their own set of navigators, subsidized by the federal government through local organizations. In Arkansas, Southern United Neighborhoods (SUN) and the University of Arkansas will receive just over $1.04 million for the navigator program.

The Louisiana-based SUN will receive just over $270,000 from taxpayers for work in Arkansas. (They will also receive nearly $500,000 in navigator funds for their home state of Louisiana and just over $600,000 for similar work in Texas — for a grand total of $1.37 million from taxpayers.) When they’re not enrolling folks in Obamacare, SUN works hard to enroll Americans in other welfare programs including SNAP, CCAP, FITAP, and KCSP. Not exactly a free-market, limited government advocacy group, you could say. Perhaps they’re exactly the kind of outfit that the Obama administration wants for this type of work.
The U of A will receive approximately $775,000 for the “Arkansas Navigator Coalition.” They will work in areas of Arkansas with the highest number of uninsured residents, according to CMS.
Curious about what’s happening in other states? Well, the D.C. exchange recently awarded $375,000 to Planned Parenthood to help with Obamacare implementation.
Navigators “will have to take a 20–30 hour online course about how the 1,200-page law works, which, given its demonstrated complexity, is like giving someone a first-aid course and then making him a med-school professor,” according to John Fund. The navigators will also have access to unprecedented amounts of information about every American citizen, which has led to concerns about identity theft and other nefarious crimes. Utah Senator Orrin Hatch has said this could give felons access to every bit of personal and medical information the federal government gathers — which will be stored in a national database.
(Earlier this year, AAI cautioned that one of the many reasons Arkansas should not set up a state exchange is that it provides extra opportunities for identity theft. Unfortunately, many House and Senate Members — even some who had argued vehemently against setting up a state exchange in 2011 and 2012 — decided in the final days of the session to disregard these risks.)
This $1.04 million for navigators does not include the $8.1 million being spent to promote Obamacare in the state, the second highest amount per capita in the country.

3 thoughts on “U of A, Liberal Group Get $1 Million For Obamacare Implementation In Arkansas”