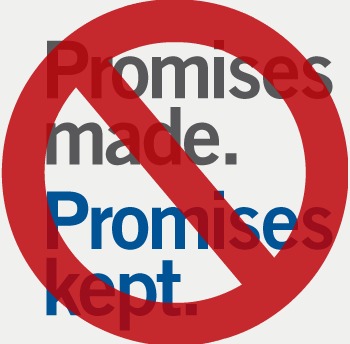 For many weeks, the people of Arkansas have been led to believe that once the legislature passed Medicaid expansion, it would then produce significant tax relief. We have documented these assurances in our previous coverage — and repeatedly emphasized that the cuts were in no way linked to Medicaid expansion as a matter of policy, but perhaps only as a matter of politics. Boy, were we right.

As you probably know, the Senate signed off on funding for Medicaid expansion yesterday, signaling perhaps the biggest expansion of government in the history of Arkansas. So you would expect to see the tax cut bills rolling through today and throughout the few remaining days of the session. Instead, the overwhelming majority of the tax cut bills have been amended to take effect in Fiscal Year 2015, as Governor Beebe is on his way out of office. There will be no meaningful tax relief for Arkansans coming out of this session.

I spoke with Senator Bart Hester to get more information:

But haven’t the people been promised tax cuts for weeks? Hester continued:

The entire session everyone has been sold a bill of goods that if this Medicaid passed, there was going to be at least $100 million if not $150 million in tax cuts. And that’s what Davy was in the paper saying, $150 million, the Senate was saying $100 million, now they get their Medicaid and we come back and it’s $9.8 million in cuts. And they give you the old schoolyard, ‘Well, we didn’t say what year the cuts were gonna be.’ I think it’s dishonest, it’s misleading.

We only have $9.8 million we can share with the entire state, but we have $125 million we can give to one company and then we have $100 million in [General Improvement Funds], pork-barrel, earmark spending for a bunch of us to go home to our friends with. It’s not right. It’s not right that we spend $100 million in pork-barrel spending and we can’t give the taxpayers anything.

I oppose it. It’s going to be the most unpopular statement of the session I’m sure because everyone loves their GIF.

Hester said the only tax cuts that will be going into effect immediately will be on agricultural utilities, a slight reduction in the income tax, and a very small reduction in the capital gains tax. The biggest cut will be the elimination of income tax for active duty military which he said is the right thing to do, but emphasized that this is not enough.

Everyone is going to take their money. I haven’t made a complete decision on that. There are commitments, people, industries in my district, municipalities that are counting on that. But I assure you it is on my mind right now whether to accept any of it, the earmarked funds for my district or not.

The earmark funds should be $50,000 for me to go back to my district for something that is a true need, that me as a legislator can look and say ‘I know this is a need.’ And we should give the taxpayers a huge amount. But instead I’m looking at getting $1 million to go to my district for me to earmark and it’s not right.

As for who’s responsible:

We were told the whole time when Medicaid passed we were going to be flushed with cash. It was one thing we were selling the conservatives with: ‘Ya know, this is a pretty good bill, you can live with it. Think about all the tax cuts we’re going to get.’ Then as soon as we did it, and turned our back, they knifed us. The bottom line is that it would have to be the leadership on both sides.

Hester said the governor will get half of the $100 million in GIF funds and the House and Senate will split the remaining $50 million amongst their members. “Taxpayers in Arkansas would not be happy to know about that,” Hester added.

Indeed, Senator Hester is right: Arkansas taxpayers will be very unhappy to learn that they have been the victims of a bait and switch. The people elected a new Republican majority on a platform of trimming government and cutting taxes — they haven’t gotten it and unless something changes drastically in the next 2-3 days, they won’t be getting it for a long time. The people will be very unhappy to learn that the first Republican majority since Reconstruction is presiding over this massive implosion of a legislative session. And they will be very unhappy when they realize their taxes aren’t going down — in fact, they’ll be going up, thanks to the double-barreled implementation of Obamacare exchanges by the legislature.

The biggest congratulations of the session goes to Governor Beebe who has displayed extensive and indeed masterful control over the state legislature.