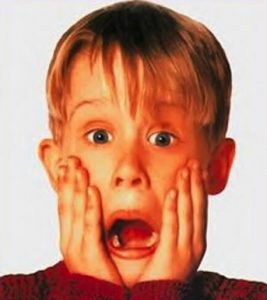 There are just so many hilariously awful news stories out in the last few days. Like, for instance, the revelation that the Obama administration is supporting voter ID laws in Africa — while litigating against them here in the U.S. And did you see this video that shows a shocking number of Americans don’t know why we celebrate the 4th of July or what country we broke away from (it was Mexico, right?)

Even more horrifying: the Obama administration has announced that they’re going to institute “self-reporting” for Obamacare subsidies. So if you say you qualify for an Obamacare check, you’ll get one. In that case, I certainly qualify! How could this go wrong? Not to worry: according to Tim Jost of Washington and Lee University — it’s just like waiters and waitresses reporting their tips accurately on their income tax returns. Nonetheless, it’s more than a little unusual to see this type of unverified reporting — or “honor system,” as Jost calls it — relied on as the only test of eligibility for one of the largest expansions of the welfare state in American history. (But it worked so well in the mortgage markets!)

On a related note: Heritage is out with a great list of 12 Obamacare implementation delays, none of which will surprise you, our educated readers, but may surprise many Arkansas legislators who have explained to us that “Obamacare is the law of the land” and we’d better get used to it. (State Senator David Sanders famously said “Obamacare is here, it’s coming.”) If the administration gets to pick and choose what parts of the law it wants to follow, then perhaps Obamacare is the law in name only.

And did you hear the great news? A temp agency is now the second largest employer in the country, trailing only Arkansas’s own Walmart. Now that’s economic recovery!

Which story do you find to be the most surprising — or unsurprising? Leave us a comment and let us know.