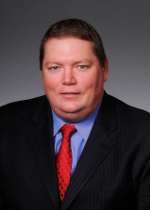 State Senator Bryan King has just put out the following statement regarding Obamacare implementation and Medicaid expansion in the state. It’s so good, we have decided to publish it in full:

Last week’s announcement from the White House – namely, their unilateral decision to delay implementing the Obamacare employer mandate – underscores the need for a special session to fix Arkansas’s out-of-control health-care budget. Governor Beebe should call a special session as soon as reasonably possible, so that the Arkansas General Assembly can provide a reasonable and thoughtful response to the challenges that Obamacare presents to us. Our special session should contain two main priorities.

First, we should eliminate Medicaid expansion.  We have to face the fact that the delay announced last week was just one of many Obamacare implementation delays; it is very likely that we will continue to see Obamacare implementation delays in the future. Because Medicaid expansion was, in large part, supposed to mitigate the difficulties of the employer mandate, we are now in a situation in which we’re paying for an extraordinarily expensive program which cannot deliver on its promises. In just a few short years, Medicaid expansion threatens to bust the state budget by burdening us with hundreds of millions of dollars of new spending obligations. These are obligations that will be difficult or impossible to achieve either through state spending cuts or through new state taxes without extraordinary difficulty.

Second, we need to revisit our flawed decision earlier this year that will eventually establish a state Obamacare exchange. The Obama Administration’s current inability to implement Obamacare in a credible or timely fashion raises serious questions about the relative ability of Arkansas state government (which has comparatively meager financial and administrative resources) to take over the exchange as planned. Already, we’re seeing reports that exchanges are far more expensive than predicted; the new rule for Obamacare subsidies that the White House announced Friday, which substitutes employee self-reporting for employer mandates, will only worsen this problem by increasing exchange use. There is little or no reason for state government ever to pick up the tab for this program, given that the federal government has offered the option of handling and paying for the entire matter.

In short – in one sentence – state government needs to stop implementing Obamacare. Obamacare gives every indication of being impossible to administer. The now-routine delays and course corrections from the federal government have already created a climate of uncertainty, and give every indication of a looming health-care catastrophe when the program supposedly begins in earnest next year. In addition to cancelling next year’s employer mandate, the White House has already expanded hospital reimbursements and eliminated the small business exchange and the long-term care program. These are not signs of increased efficiencies – these are signs of an impending failure to launch. We can no longer rely on Obamacare promises that have repeatedly been broken.

If Governor Beebe does not resolve our state’s health-care problems by calling a special session with reasonable speed, I certainly intend to make it my top priority in the 2014 fiscal session to end the funding for the “private option.” Absent a special session, I plan to vote against funding for the “private option” in the 2014 session, and many of my conservative colleagues will do the same; notably, all that is necessary to end this program next year is for 26 House members or 9 Senators to refuse to fund it. This is especially true in light of what appears to be the increasing unpopularity of Obamacare; next year, when large numbers of people see Obamacare increases of 50% or 100% to their health insurance premiums, there is little reason to believe that public support for Medicaid expansion will increase. Ending “private option” funding by means of the fiscal session would be a second-best option to solve our problems; it is my sincere hope that Governor Beebe calls for a special session, because that would be the best way to address the looming health-care and budget issues that Obamacare and the “private option” have created.