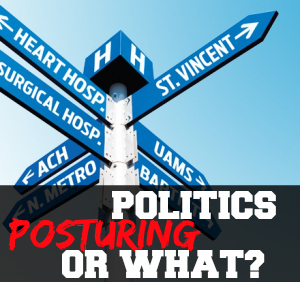 One thought on “New Hospital Report: “Politics, Posturing, Or What?””