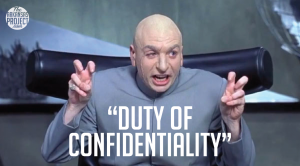 Well, we finally have an answer about whether or not Arkansas Supreme Court Justice Courtney Goodson requested a pay raise. As part of her defamation lawsuit against the Republican State Leadership Committee (RSLC), she has testified that she and another unnamed justice voted against the pay raise. By doing so, she clarified her case against the RSLC — but undercut the case for her re-election.

In our previous blog posts on this issue, we’ve called on Justice Goodson to clear up the confusion over her views on her pay raise — the one requested by Chief Justice Dan Kemp on behalf of all seven justices on the court. The RSLC argued that she did request it. Justice Goodson’s surrogates on the “Rapid Response Team” argued that there was no evidence that she requested it, so it was a lie to say she did. They went even further, however, by contending that she had a duty of confidentiality not to reveal how she voted. Justice Goodson endorsed that viewpoint in her complaint against the RSLC, as well as in her previous filing against television and cable broadcasters during the primary season.

By testifying about her vote on the judicial pay raise, Justice Goodson struck a blow against the RSLC. Unless they want to accuse Justice Goodson of lying under oath, that organization can no longer plausibly say that she requested a pay raise. But Justice Goodson also struck a blow against herself and against her allies, the RRT. She repudiated their oft-made claim that there was some sort of duty that she does not discuss how she voted on the pay raise. What should alarm Arkansans is that she also contradicted her own legal filing, which contained the same argument.

At the end of this complaint, Justice Goodson signed a statement that said, in part, “… I have read the above pleading and the facts contained therein are true and correct to the best of my knowledge and belief.”

How could her “duty of confidentiality” exist if Justice Goodson testified in court about the pay raise? How could there be no information about her pay raise vote when she testified about that vote?

As we’ve pointed out on TAP, there was no “duty of confidentiality” regarding the pay raise vote. Just as Justice Goodson eventually did, she could have said at any time whether or not she supported the pay raise. The RRT simply made up this supposed “duty” to justify their advocacy on behalf of Justice Goodson. That is bad enough since the RRT contains judges and lawyers who should know the law. What is even worse is that Justice Goodson embraced this fictitious legal theory in a legal complaint.

There is an idea that lawyers are dishonest, that they are professional liars. While I’m not a lawyer, I’m married to one. I know that, contrary to public perception, the legal profession has strict ethical rules. While some lawyers may be dishonest, when they lie, they are actually violating their professional ethical standards. They have a duty to tell the truth. They have a duty to honestly represent a situation when they file court documents.

I was glad to see Justice Goodson end the mystery she created by stating that she voted against the Supreme Court’s pay raise. But it is unfortunate that, prior to doing so, she made a groundless legal argument that she had a made-up “duty of confidentiality” to conceal this vote. That may not seem like a big deal, but it should be extremely troubling to anyone concerned about the basic respect for the law of those who sit on the state’s highest court.