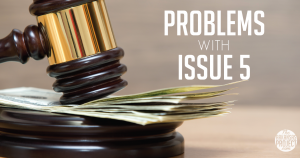 Soon Arkansas voters will be deciding whether or not to increase the state’s minimum wage from $8.50 an hour to $11.00 an hour. Those in favor of Issue 5 have been touting studies that ostensibly show that this mandatory wage increase will have benign or even beneficial effects. Don’t be so quick to believe the hype.

Dr. Robert P. Murphy wrote an excellent article at Econlib that discusses the academic research regarding the minimum wage. As he points out, it’s intuitive that if you make labor more expensive (as a minimum wage increase does), then you may get less of it. The research to the contrary – the “revisionists studies,” in his words – are counterintuitive. Once they are examined closely, they are both more nuanced than wage hike advocates present and have a variety of flaws.

Murphy writes, “Careful analysts will often summarize the new research in a nuanced way, saying ‘modest’ increases in the minimum wage appear to have little impact on employment.” However, as our last blog discussed, Dr. Jeremy Horpedahl of UCA pointed out that the proposed minimum wage increase would be far from “modest.”

Murphy goes on to discuss the problem of how a minimum wage increase would affect different types of workers. His numbers are slightly different from the proposed hike on the ballot, but the principle is the same:

Raising the minimum wage might represent a drastic harm to the most vulnerable and desperate workers if the specific employees who would be working for $10.10 an hour are different from those who would be working for $7.25 an hour. What could happen is that the higher wage would attract new workers into the labor pool, allowing firms to become pickier and, thus, to overlook the least-productive workers, who would remain unemployed or lose their jobs to more-highly-skilled workers.

In other words, some (many?) workers who are paid the current minimum wage may be harmed by the increase because they may lose their jobs if employers must pay a higher wage. Employers, in this scenario, will seek out workers who are more productive. This actually jibes with many of the revisionist studies, which look at overall employment rates but not individual employment effects.

What minimum wage increase advocates overlook is that people are not interchangeable. People have different skills. Employers compensate individuals based on the value of their skills for the business. If someone has skills that produce only $8.00 an hour of value for an employer, forcing that employer to pay $11.00 an hour may not benefit that worker. Instead, the employer may look for an employee whose skills produce $11.00 an hour of value for the employer. That new employee may appear to be benefiting from the minimum wage increase, but the old employee is certainly harmed by it.

Murphy’s conclusion is something that all Arkansas voters should consider:

The revisionist studies are consistent with the possibility that the most desperate of low-skilled workers—and the ones with the fewest connections and other advantages—will be displaced in favor of different workers, who are responding to the higher (legislated) wage. Furthermore, one should be very wary of accepting the results of the revisionist studies at face value. They depend strongly on the specification of the regression being run, and various modifications yield the original consensus finding.

A massive labor market intervention such as a huge minimum wage increase will certainly involve trade-offs. Advocates for Issue 5 do not seem to acknowledge how this government mandate will play out for different types of workers. Murphy’s article exposes some of the flawed thinking on this issue that Arkansans are seeing in the lead-up to Election Day.