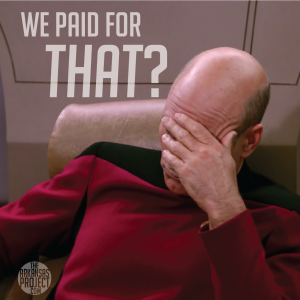 As the deadline for filing your tax returns approaches, we thought it’d be a good idea to show some examples of your hard-earned tax dollars at work.
Here’s an example: useless solar panels paid for by federal taxpayers. From KATV:

A section of solar panels at the Little Rock Veterans Hospital is being torn down after being built only two years ago and never turned on.

The Central Arkansas VA would not release the estimated cost to construct the panels and then later deconstruct them, calling it “procurement sensitive information”, because the parking garage contract is ongoing.
The VA did not provide information on what stage the solar panel project was in when the parking garage was approved or if they could have halted the construction of that section of solar panels if there were plans to tear them down.
“The VA approved the Parking Garage project (and the subsequent location) after the Solar Project had already broken ground,” a spokesperson for the VA said in a statement.
According to the VA, reinstallation of the solar panels on top of the Parking Garage is included in the Parking Garage contract.
The solar panels were built in 2013 after an $8 million dollar grant from the federal government. The panels were expected to produce 1.8 megawatts of power, but the project hit a snag.
Even though the panels are ready to be operational, it was discovered the panels needed some additional engineering work to ensure there are no impacts on Entergy’s system.

In short: federal taxpayers have already eaten an $8 million check for this dud project. Now more taxpayer dollars will be thrown at the project, but VA officials won’t disclose how much!
So as you write that tax check to the federal government, remember how efficiently and productively your tax dollars are being used at projects like the solar panel project at the Little Rock Veterans Hospital.

One thought on “Your Tax Dollars At Work: Little Rock Solar Panel Edition”