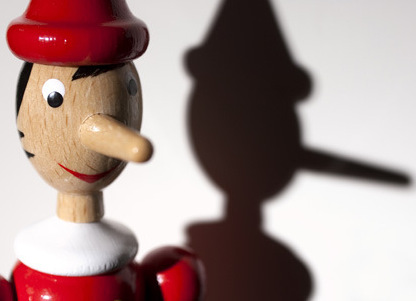 The ad begins with a falsehood about Congressman Cotton, stating that Cotton “got paid handsomely working for insurance companies.” To support the claim, the ad cites this Politico story that doesn’t even address this question. The ad’s claim is flatly untrue: Congressman Cotton never worked for any insurance companies. In fact, Cotton worked with the Federal Housing Authority on a consulting basis to make the agency more efficient. Most Arkansans would probably view this as a noble task. I suppose Harry Reid and his allies disagree.

Unfortunately, the falsehoods don’t stop there: the ad recycles three additional false claims about Cotton’s voting record, namely that Cotton wants to “end Medicare’s guarantee, giving billions in profits to insurance companies” while “costing seniors $6,000 more a year.” These are claims that have already been debunked by the fact checkers at The Washington Post — and they’ve now been debunked again.

As we have noted before, Senate Majority PAC seems stuck in a time warp on this talking point, referring back to an older version of the House Republican plan to transform the health-care system for the elderly by offering beneficiaries help in buying private insurance, known as “premium support.”

The plan, authored by Rep. Paul Ryan (R-Wis.), was substantially changed in 2012 to include an option for seniors to keep the traditional fee-for-service Medicare plan if they preferred. So the “guarantee” is now there.

As for “giving billions in profits to insurance companies?” That claim comes from a New Republic story and is based on an analysis by an Obama campaign adviser. Kessler notes that the author of the study itself said it’s an “oversimplification” to say that the Ryan Plan “would take your money and give to the insurance companies for their profits.” But, of course, that doesn’t mean it’s not still good campaign fodder!

Finally, as for whether or not the plan would increase costs for seniors by $6,000, Kessler says:

Such estimates are highly speculative. Even if enacted—unlikely as long as Democrats control the presidency or at least one house of Congress—the Republican plan would not go into effect for at least 10 years. So readers should simply ignore such hard-and-fast claims of specific cost increases.

To conclude, Kessler gives the ad “four Pinocchios,” WaPo’s lowest possible rating for accuracy. Kessler says none of the allegations are accurate, and speculates that this line of attack is based on polling data instead of actual fact:

None of the allegations made about Cotton or his policies are factually correct. In straining to somehow tie Cotton to insurance companies, Senate Majority PAC has managed to turn a job that Democrats might celebrate (developing a better functioning government program!) into a negative. The Medicare claims are so stale—and so repeatedly discredited—we can assume that polling indicates that the language is effective in moving voters, despite its falsity.

2 thoughts on “WaPo Fact Checker: Dem Claims About Cotton Are “Phony As A Three-Dollar Bill””