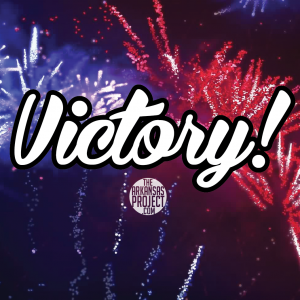 A slightly-revised Religious Freedom Restoration Act passed the House and was signed into law by Gov. Asa Hutchinson today.
State Rep. Bob Ballinger said in his speech in favor of the bill that the new RFRA would still accomplish his ultimate goal: protecting religious liberty in Arkansas.
Ballinger said:

Senate Bill 975 is essentially the federal RFRA. What we’ve done is we’ve ‘Arkansasnized’ it I guess. What we started with and what I said from the very beginning with (HB) 1228 is it was a RFRA very similar to the federal RFRA…However, the confusion that was associated with 1228 and the misconceptions that was associated with 1228 has caused enough problems that we figured we’d go back to the drawing board (and) work on something we could get some real unity on. The intent of the bill is to get for our people a strict scrutiny standard…a heightened protection so people can believe what they want to believe without having government interfere with that. That’s what we’re getting done with SB 975. Our citizens when we’re done are going to be protected. They’re going to have the ability to have a defense or claim when they have their religions burdened.

SB 975 passed by a vote in the House of 76-17. Most of the “no” votes were Democrats; they were joined by a few Republicans who wanted to force Gov. Hutchinson to decide whether to sign or veto HB 1228, the original RFRA they sent to his desk on Tuesday.
It was a long and bumpy road to passage of the RFRA, but it’s nice to know that Arkansas will be joining 20 other states that protect religious liberty.