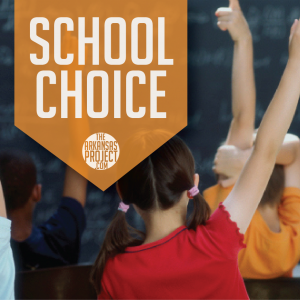 The Arkansas House and Senate recently passed the first school voucher program in the state’s history.
The bill is currently on the Governor’s desk waiting to be signed.
From the Friedman Foundation for Educational Choice:

The Arkansas legislature has passed House Bill 1552, a school voucher for children with disabilities and the state’s first school choice program. The bill, which passed with strong bipartisan support, is now headed to Gov. Asa Hutchinson’s desk.
With his signature, Arkansas will become the nation’s 25th state to adopt a school choice program, which allows parents to withdraw their children from public schools and receive an allowance of public funds in the form of a voucher to pay tuition at the school of their choice. Scholarships would be awarded beginning in the 2016-17 school year.
…
If Gov. Hutchinson signs this bill into law, a public school student who has attended at least one year in public schools and has an Individualized Education Plan (IEP), and a student who is a dependent of an active duty member of the U.S. Armed Forces (no prior public school attendance required), may be eligible for a voucher. The student’s parent must notify the public school (if applicable) at least 60 days prior to accepting the first voucher payment.

You can read more about this bill here, here, and here.
Hopefully, Governor Hutchinson will sign this bill: it will greatly improve school choice for children with disabilities in Arkansas.