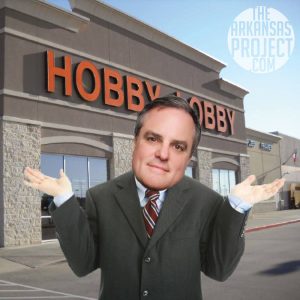 The bad week for Mark Pryor continues.
Senator Harry Reid and his fellow Democrats in the Senate on Wednesday introduced a bill that would essentially override the Supreme Court’s Hobby Lobby decision, which protected religious liberty rights for business owners.
From the Washington Post:

The Hobby Lobby v. Burwell decision, a 5-4 ruling by the high court last week, said that business owners with religious objections could exercise their right to not cover some kinds of contraception in employee health insurance packages. In response, Democrats vowed to make access to contraception a legislative priority for the remainder of the congressional term.
One thing we’re going to do during this work period, sooner rather than later, is to ensure that women’s lives are not determined by virtue of five white men,” Senate Majority Leader Harry Reid (D-Nev.) said on Tuesday. “This Hobby Lobby decision is outrageous, and we’re going to do something about it. People are going to have to walk down here and vote, and if they vote with the five men on the Supreme Court, I think it’s — they’re going to have — be treated unfavorably come November with the elections.”
Efforts to craft a bill were spearheaded by Sens. Patty Murray (D-Wash.), Mark Udall (D-Colo.) and Richard Durbin (D-Ill.), among others. Their proposals were merged into a bill that could come up for a vote in the Democrat-controlled Senate as early as next week.

Media outlets were quick to help Reid out by noting that one of those “five white men,” Clarence Thomas, is actually, you know, not white.
Notably, Pryor is still mum about his position on this bill. I asked his office for comment Thursday morning; they never got back to me; I haven’t seen any media statements from Pryor regarding the bill.
Maybe this means Pryor is in the process of conveniently changing his mind away from when he called Tom Cotton “irresponsible” in June for Cotton’s support of the Hobby Lobby decision. Or maybe he doesn’t want to announce his lockstep support of Reid’s bill — and has come to the realization that Arkansas voters generally support rulings like Hobby Lobby and think religious liberty, one of our nation’s founding principles, is kind of important to protect.
Senator John Boozman was nice enough not to dodge the issue (unlike Pryor) and sent The Arkansas Project this statement:

With the Senate likely voting on this measure next week, Pryor won’t be able to keep quiet on the bill for long.