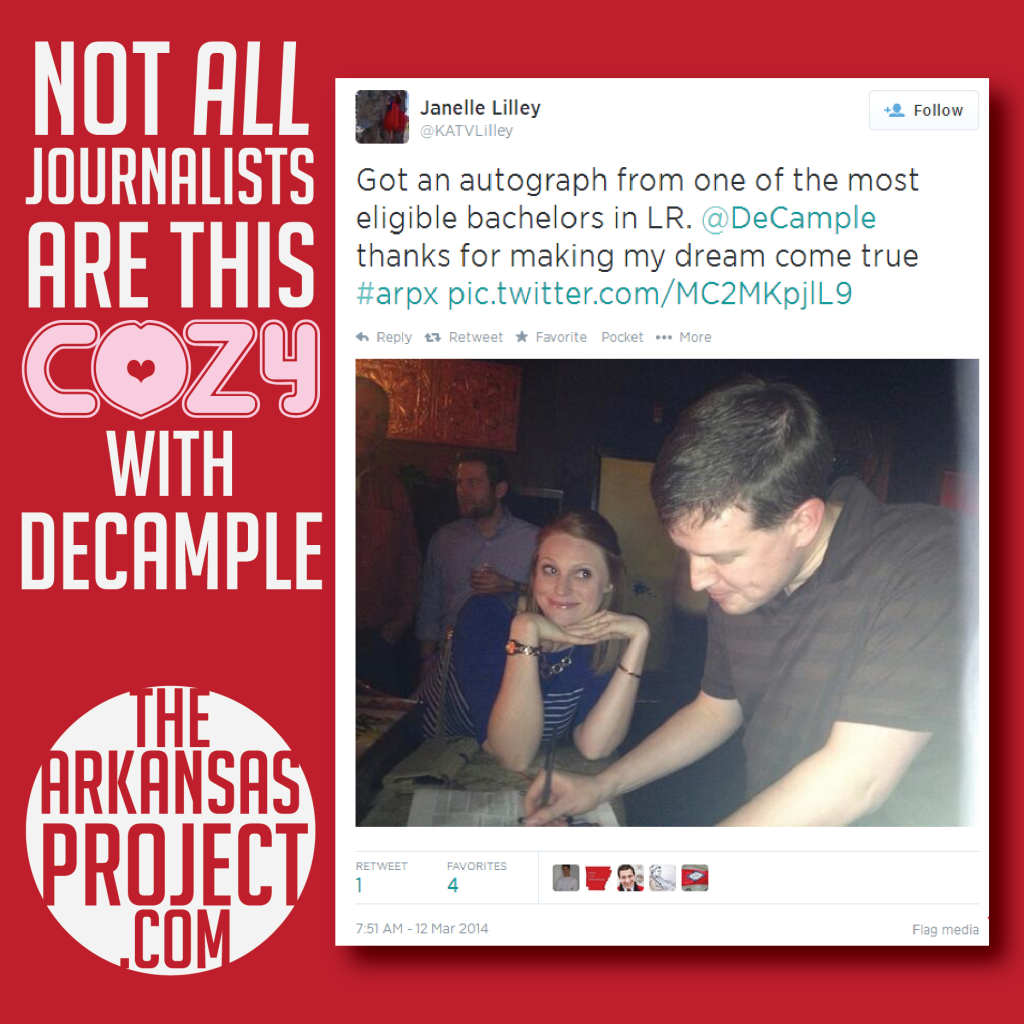 A new report at Forbes this morning reveals some troubling facts about how Arkansas Governor Mike Beebe’s staff is spending its time.
In late May, Beebe spokesman Matt DeCample sent an email to Forbes editor Coates Bateman. DeCample was none-too-pleased with Forbes’s detailed coverage of the failures of Beebe’s Obamacare Medicaid expansion program. You remember: the program that’s been over budget every single month since its inception.
According to DeCample, the Beebe administration is okay with “criticism and opposing viewpoints,” but then proceeds to show his disdain for criticism and opposing viewpoints. This article by FGA staffers apparently crossed the line, marking “a new low,” DeCample said. As a result, he could hold his tongue no longer and fired off this pithy email to Bateman:

As the authors of today’s Forbes piece are correct to point out, DeCample or Beebe — if they were indeed concerned about substantive errors — could’ve issued a fact-based rebuttal to the article in question. I’m sure Forbes would be delighted to publish an op-ed from a sitting governor. In fact, we’d be delighted to publish it as well here at The Arkansas Project. But instead of making a factual argument, DeCample resorted to name calling and snobbery, a disturbing trend we’ve seen from other Obamacare advocates here in the state. I agree with the authors: this aversion to intellectual debate says a lot about the strength of Beebe’s arguments.
(And by the way, our offer to Senator David Sanders [from April] still stands, and we’re happy to extend it to Beebe and Decample. If any of them are interested in having an actual discussion about policy, we gladly offer them as much real estate as they’d like here on the site. We will publish their responses unedited.)
In all of this, DeCample does deserve some credit. After all, he (speaking for the governor) has admitted what Republican enablers have refused to — that the “private option” program is in fact Medicaid expansion:

Kudos to DeCample/Beebe for admitting what most legislative advocates of this Obamacare scheme will not. I’m sure, even now, Jason Rapert is calling DeCample to demand “corrections.”
My recommendation is that, instead of wasting time worrying about factual criticisms of the Obamacare expansion, DeCample and his boss turn their attention to fixing the problems in question. Like getting the massive costs under control, figuring out how many Obamacare expansion enrollees have been enrolled twice, and working to extricate our state from the expansion altogether. When they finish that, maybe they can clean up ADC, the U of A, DHS, the DPA, AEDC, and the state dental board. Then, after all that’s done, maybe DeCample can focus on dismissing opposing points of view while never addressing them.
Read the full Forbes piece, complete with some freedom of information drama, here.