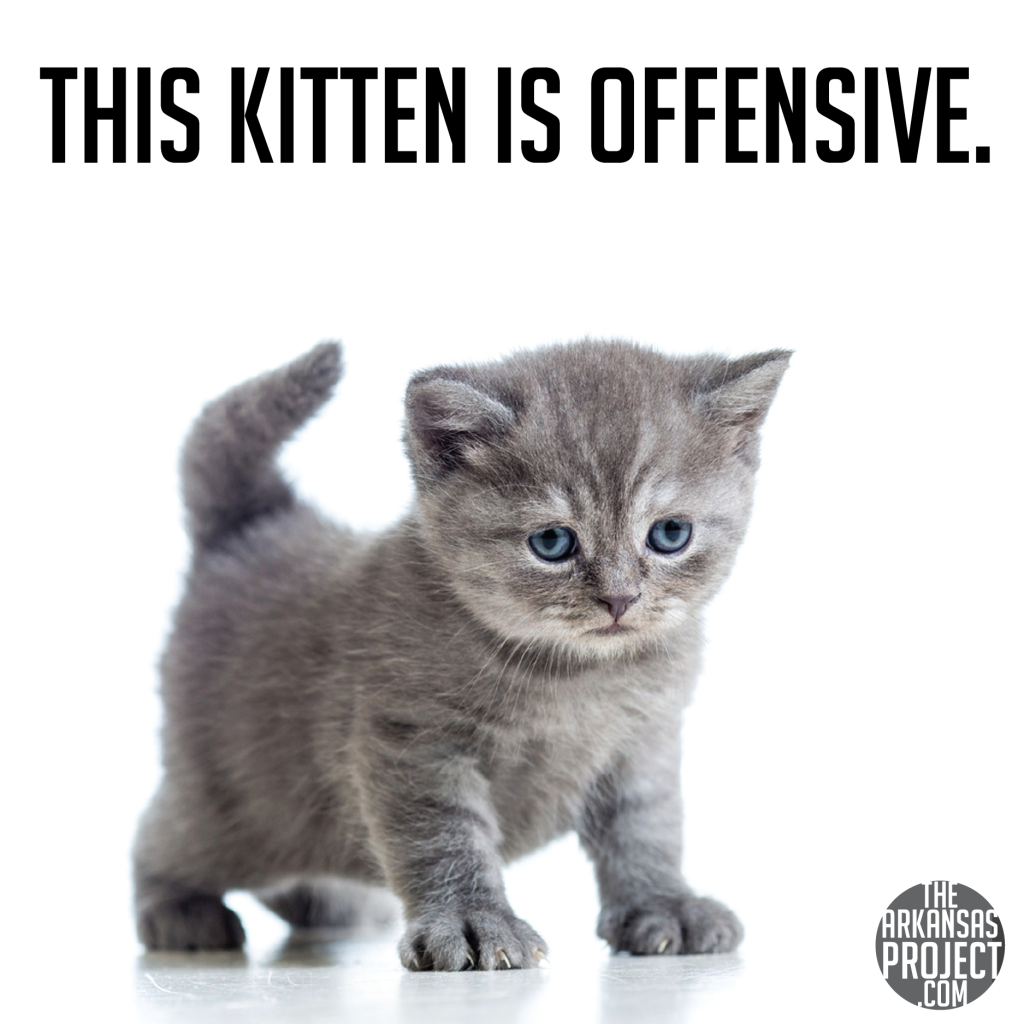 In 2014, the most powerful thing you can do in politics is be “offended” or “outraged.” It’s a tool that campaigns and politicians — on both sides of the aisle — often use to generate press coverage, volunteers, and even fundraising. It’s a fun game: if someone attacks you, respond that you’re outraged. If a new poll shows you down by 10 points, get offended and change the conversation. If your opponent says they like kittens, release a statement declaring outrage at such anti-dog values. But outrage (believe it or not) can be easily feigned. And those folks over at the Democratic Party of Arkansas? They manufacture more outrage than Tyson manufactures chicken.
This week, the DPA cranked up the outrage machine, rushing to generate press about some comments by Congressman Tom Cotton. DPA minions scurried across the internet, rushing to paint Cotton as an insensitive elitist, or something. The Pryor campaign released a statement — complete with a “breaking” tagline — and “demanded” an apology from Cotton. Deputy Campaign manager Erik Dorey claimed that Cotton owes an apology to “all Arkansans of faith.”
Is today’s epidemic of outrage genuine? One way to find out is to look at the past statements of those who are currently “offended.” Enter: Patrick Burgwinkle.
Burgwinkle (if that’s his real name) is a spokesman for the DPA who’s on Twitter just fit to be tied over Cotton’s latest comments. But this tweet from a few years ago makes me wonder if his outraged defense of people of faith is entirely sincere:

Maybe I shouldn’t hold my breath waiting for the Pryor campaign to demand an apology from Burgwinkle or the DPA. Maybe — just maybe — we’re seeing a bit of artificial outrage from Democrats. Why, it’s almost as if they’re more interested in gotcha games and demagoguing. Because if their real goal was respecting and protecting the interests of people of faith, they’d be working to repeal Obamacare — which burdens people of faith by confiscating their money and using it to fund services that they morally object to.
Thanks for reading. You may now resume your regularly scheduled outrage.
*Update, 7/3/14: Patrick Burgwinkle has passed along the following statement and asked that I publish it here:

“I shouldn’t have said it but I take responsibility for saying it. It was immature, ignorant and doesn’t reflect my views today. It was five years ago and I’ve grown as a person since then, thanks in no small part to the time I’ve spent in places like Arkansas.”
Please follow and like us:

2 thoughts on “The Greatest Political Contest in 2014: Who Can Be Most Offended?”