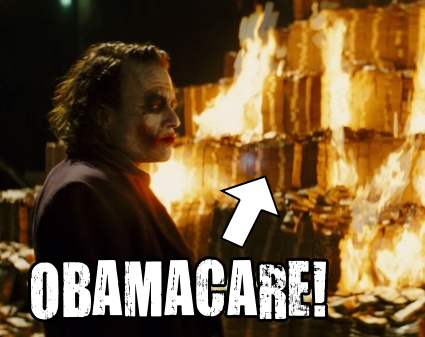 Yesterday we reported on the promotion of Obamacare in Arkansas using your tax dollars: roughly $4.3 million will be spent between now and September to advertise the unpopular health care law. Last night, the AP released a report saying the amount of spending in Arkansas is the second highest in the nation, per capita:

More is being spent per capita in West Virginia than any other state to promote public awareness of the new health care reform law, but advocates are concerned that those who could benefit most still won’t get enrolled.
Data compiled by The Associated Press from federal and state sources shows $17.1 million in outreach spending in West Virginia. That amounts to $9.23 per resident. The next-closest state is Arkansas at $8.28 per resident.

But don’t worry: the costs to actually run the program will be MUCH lower in Arkansas, thanks to our “business-like” exchange. Or something.

One thought on “Arkansas Pro-Obamacare Spending Is 2nd Highest In Nation, Per Capita”