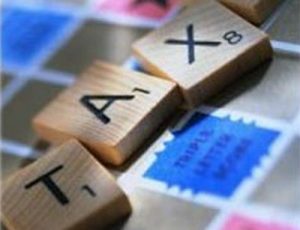 The debate over tax policy will never end. Like the poor, we will always have taxes with us; like death, taxes are certain. But rather than demagogue tax policies, throwing around clichés like “low taxes are good for businesses!” or “higher taxes are good for the poor!” I propose we look at the data.

The latest issue of Rich States, Poor States by Art Laffer, Steven Moore, and Jonathon Williams reveals data that Arkansas policymakers ignore at their peril.  For instance, the 9 U.S. states without income taxes grew 50% faster from 1998-2008 than states with such taxes.   And despite not having income taxes, tax revenues in these 9 states grew 30% faster than their income taxing counterparts.

But wait, there’s more:  All 11 states that have adopted income taxes in the last 50 years grew more slowly than the rest of the states since.  These 11 states all saw declines in personal income per capita, reinforcing the economic theory that income taxes punish success and encourage people to earn less so they can avoid higher tax bills.  For 9 of the states, total state and local tax revenues in the state as a percent of total state and local revenues in the U.S. declined as well, in some cases sharply.

The authors compare two states’ performances, Tennessee and Missouri, over this time period—states that are not unlike Arkansas.  Tennessee has no state income tax; Missouri does.  “From 1998 to 2008, Tennessee’s Gross State Product grew 27% faster than Missouri’s, while jobs grew 29% faster in Tennessee.  Yet over that period, total state revenues generated by Tennessee’s faster growing economy grew 39% faster than Missouri’s.”

What would Missouri look like with no income tax?

If Missouri’s economic growth just caught up to the average of the states with no income tax, which are growing 50% faster, Missouri would enjoy $100 billion in increased [Gross State Product] and income over the next 10 years.  From 1998 to 2008, the average job growth among the no income tax states was 349% (more than four times) faster than in Missouri.  The growth in GSP per capita, or standard of living, was 80% faster.  If GSP per capita over 1998 to 2008 had grown in Missouri at the same average rate as for the no income tax states, income for each Missouri resident would be more than $12,000 higher on average.

Peter Ferrera, Director of Policy for the Carleson Center for Public Policy and Senior Fellow at Heartland Institute, says eliminating state income taxes is not only good policy, but it would unleash growth in state economies—and in state revenues:

…In each state that has adopted a state income tax in the last 50 years, “the state’s economy has become a smaller portion of the overall U.S. economy, and the state’s citizens have had their standard of living dramatically reduced.”

With the burden of state income taxes lifted, economic growth in the states would soar, new jobs would be created, and wages and incomes would rise, as indicated by the discussion above.  Revenues from the remaining taxes would rise more rapidly as well, along with the booming economy, as the results discussed above also showed.

What this suggests is that getting rid of the income tax is good for economic growth, good for job creation, and even good for increasing revenue to strapped state governments.  Perhaps, instead of constantly raising taxes to cover shortfalls, we could cut taxes, growing the economic pie and actually increasing state revenues through increased activity & investment in the state.  Even if we had to increase some fees and consumption taxes, this is much better tax policy than an income tax system that punishes taxpayers for earning money.  The data is pretty clear: eliminating the income tax will unleash growth & increase individual income.

At the risk of giving Max Brantley a coronary, dare I say it’s time to consider eliminating the Arkansas income tax?

3 thoughts on “Why Arkansas Should Discard Its Income Taxes”