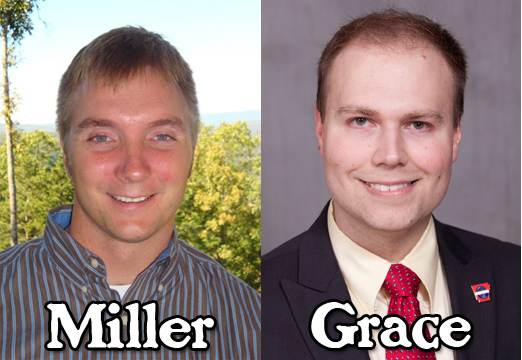 When asked what we can do to turn Arkansas into an attractive place for businesses to invest, both candidates expressed their desire to see fewer intrusive regulations and a lower overall tax burden.

When asked about specific steps they would take to reign in state government and protect personal liberties, both cited the need to rein in the state bureaucracy that consists of far too many agencies.

The candidates also both expressed a desire to solve the state’s Medicaid shortfall by cutting waste in other government departments—and within the Medicaid program itself.  They oppose the implementation of Obamacare in the state.

Rather than ask the candidates if they supported ‘guns in church,’ which is a rather unfair way to present the issue, I asked them if they supported the real meaning of ‘separation of church and state’—which is to keep the state out of churches, not the other way around—and think that churches should be able to decide for themselves whether or not their congregants can carry firearms.  Both candidates agreed again.

Grace said that if churches want to ban firearms, they can display signage to that effect outside their buildings, but it is not the role of the state to decide for them.

We also took questions from the audience, which were screened & selected by the moderators.  One question that invoked a particularly insightful response was in regard to proposed mandatory drug testing for welfare recipients.

Both candidates agreed that testing should be mandatory, saying we need to be good stewards of taxpayer money.  But in a rare difference of opinion between the candidates, Grace went one step further in his comments, drawing a round of applause from attendees when he stated that elected officials in Arkansas should be subject to drug testing as well.

Overall, it looks like the people of District 66 have two good friends of limited government & liberty to choose from. Thanks to the Cleburne County Republican Women for inviting me to be a part of a great discussion.

One thought on “The Hot Race In Heber Springs”