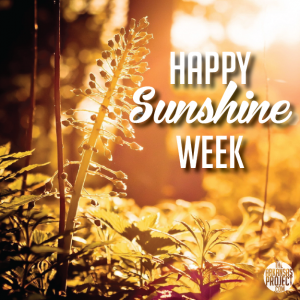 Happy Sunshine Week!
Sunshine Week is an annual celebration of the apparently radical notion that government operations should be open and transparent to taxpayers.
For instance, we at The Arkansas Project think Hillary Clinton should be subject to the Freedom of Information Act, just like every other local, state, and federal bureaucrat.
We’ve regularly called for greater transparency in government. We think shining more sunlight on public universities’ affirmative action programs, so that taxpayers can better know whether applicants are being treated unequally, would be worthwhile.
Rep. Justin Gonzales’s bill to accomplish this worthy goal failed to make it out of committee on Wednesday.
Not to be deterred, Gonzales has another good transparency bill currently in the House Revenue and Taxation Committee.
HB 1916 would require that the Department of Finance and Administration report on the revenue impact of all tax credits, deductions, and exemptions.
As we reported last year, according to an American Legislative Exchange Council (ALEC) study on tax cronyism, Arkansas is one of the worst states in the nation when it comes to reporting exactly what special breaks the state’s tax code gives to favored industries.
We hope that, before the legislative session ends, legislators will show they’ve learned something from Sunshine Week and provide some much-needed transparency on this kind of cronyism in the Natural State’s tax policy.