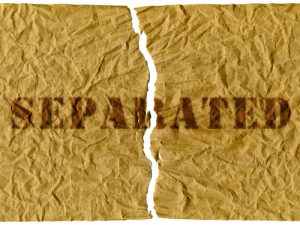 Yesterday on KARN, while discussing “private” option strategy, I argued that PO opponents should separate the vote for PO funding from the vote for funding the larger DHS budget. Americans For Prosperity-Arkansas Director Jason Cline took issue with me, asking “Have you read the BLR opinion on that?” According to Cline, the legislature’s Bureau of Legislative Research (BLR) recently opined that the vote on the PO funding cannot be separated from the vote on DHS’s Medicaid budget. This came as a surprise to me. I haven’t read the opinion — in fact, I couldn’t quite tell from Cline’s comments how carefully he had read it either — but he did commit to pass it along to me, and I look forward to analyzing it here when he follows through on that commitment.

Importantly, however, at least one attorney with unimpeachable credentials and almost unsurpassed experience with knowledge of the Arkansas legislative process disagrees with Cline. David Ferguson served at BLR for over 30 years, serving 6 years as the agency’s top administrator. According to his research and experience as BLR chief, the funding can certainly be separated from the full Medicaid budget. In a new memo published by Conduit For Action, Ferguson writes:

Ferguson closes his memo with an important question:

(It’s worth noting that an opinion from BLR isn’t like an opinion from the Supreme Court. A BLR opinion is simply a memo written by a lawyer. Although it’s worth considering, it has no legal force.)

Political observers will also recall the promise that was made by two leading proponents of the Obamacare private option — John Burris and Jonathan Dismang — that they would absolutely not turn the Medicaid budget into an “all-or-nothing” political game. In fact, Rep. Burris said:

I am not going to put any of you in a corner and say either we vote for expansion or we shut down Medicaid. That’s a very immature argument and it’s not one that I am going to make. If 75 people don’t pass it, then we will do what we need to do to take it out and pass the appropriation to fund DHS as it exists today.

I wonder how long it will take before Rep. Burris calls out Speaker Carter’s “immature argument”? And how long before he fulfills his commitment to work with legislators to separate PO funding from the full Medicaid budget?