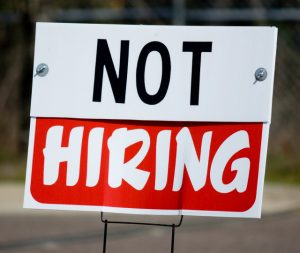 A new report from the Congressional Budget Office (CBO) reveals that Obamacare will push 2 million Americans out of the labor force by 2017. According to the CBO, workers will be pressured to choose between working fewer hours or dropping out of the workforce altogether.

From The Washington Times:

CBO estimates that the ACA will reduce the total number of hours worked, on net, by about 1.5 to 2 percent during the period from 2017 to 2024, almost entirely because workers will choose to supply less labor — given the new taxes and other incentives they will face and the financial benefits some will receive,” CBO analysts wrote in their new economic outlook.

The scorekeepers also said the rollout problems with the Affordable Care Act last year will mean only 6 million people sign up through the state-based exchanges, rather than the 7 million the CBO had originally projected.

We’ve already seen some of these employment cuts hitting home here in Arkansas: in July, Baptist Health System announced layoffs due to the Medicare cuts in Obamacare. Pulaski County has been forced to cut back hours for their employees due to the disastrous health law. We’ve also seen businesses in central Arkansas like Little Rock Tours who are being nailed with the health insurance tax (HIT), which pressures them to either reduce employee benefits or lay some employees off.

But, of course, this is all news to Senator Mark Pryor who still thinks (like Nancy Pelosi) that Obamacare is “creating jobs.”