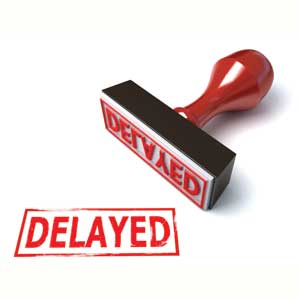 Nothing’s changed materially from what we’ve said was going to happen back in the General Session.

I guess Speaker Carter hasn’t been paying attention to the constant Obamacare changes coming out of Washington D.C. over the last year. Specifically, the “material changes” that have taken place include 1. The two-year delay of impending DSH cuts last month and 2. The delay of the employer mandate in July for one year (some brilliant columnists have been speculating that it would be delayed yet again). Given that Governor Beebe has also been grimly insisting that there have been no material changes since the last session (and considering Carter’s past performance), perhaps it should come as no surprise that Carter has echoed the governor — despite overwhelming evidence that these claims are false. Importantly, however, both of these changes undermine two of the central arguments that lawmakers and the governor made in favor of expanding Medicaid in Arkansas last year.

This afternoon, news broke that makes Carter’s comments look even less attached to reality: the Obama administration announced it was, once again, delaying large portions of the employer mandate for another year, until 2016. In short, employers with less than 100 employees will face no mandate or penalties in 2015 or 2016. Large employers get a reduction of 25% in the number of employees they must cover by 2015, going a step further than previous 2015 mandate delays. To repeat, this news undercuts one of the central arguments that’s being made in favor of continuing Medicaid expansion in Arkansas.

As I wrote on Friday:

The Supreme Court upheld the employer mandate and complying with it will cost Arkansas businesses $27 to $40 million per year. Under the “private” option, however, businesses would be able to dump these people onto taxpayer-funded insurance plans instead of providing the plans themselves, hence “saving” millions of dollars.

So pro-Medicaid expansion legislators and the governor used this argument as justification for passing their plan — they were “saving” businesses money.

But, as I also wrote on Friday, “these savings are based on a mandate/tax that does not exist this year and will likely never exist.” What the Obama administration has done today is increase the likelihood that the mandate will never fully exist and it certainly will not exist in full in 2016.

To be clear, I’m not arguing that Carter or other Medicaid expansion-advocates should have known this announcement was coming today; I’m arguing that they should’ve known it was coming at some point this year — because we’ve been telling them, and folks on both sides of the aisle have long argued that the mandate is unworkable.

It’s important to also remember: “saving” businesses from the employer mandate was a central justification for passing Medicaid expansion in the first place. Thanks to Beebe, Carter, and the state Chamber of Commerce, it has become a central argument for extending the program for another year. That argument is now (at best) on life support.

So, the employer mandate does not exist this year or in full next year, and may never exist.

The DSH cuts (another central justification for Medicaid expansion) do not exist and may never exist.

It will not “save us money.”

It will not “create jobs” or “save lives.”

It does not “reform Medicaid,” or amount to a “block grant,” or encourage personal responsibility.

It will add billions of dollars to the national debt.

So I must ask, to all of the Republican advocates of private-option Obamacare in Arkansas: what justification for your big government health-care scheme still exists, and why should taxpayers be forced to continue to pay for it?