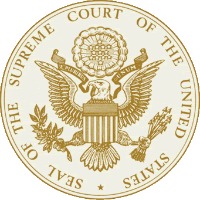 Here’s a notable development from late last week that escaped my notice: A sizable contingent of members of Congress (36 senators and 117 representatives, all Republicans, it appears) filed “friend of the court” briefs on Friday, Jan. 6, asking the U.S. Supreme Court to declare Obamacare unconstitutional, reports the Capitol Hill rag Roll Call.

The crux of the  matter is that lawmakers question the constitutionality of the individual mandate in the Affordable Care Act, and argue that the entire law should be struck down as a result. The notable Arkansas connection is that Senator John Boozman and Rep. Tim Griffin are listed as signatories to the briefs submitted by members of their respective legislative bodies.

The House effort was spearheaded by the conservative American Center for Law and Justice (ACLJ), who explain in plainer language (read: not legalese) here:

If you prefer the legalese, here’s a link to the Senate amicus brief, and a separate link to the House version (PDF).

You know, I tried to sex up this post with that exclamation point in the headline, to maybe make the news a little more exciting, but anytime the words “amicus brief” appear in a headline you just know it’s gonna be a tough slog.