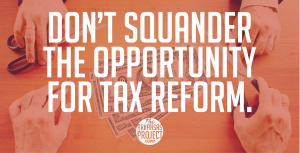 The Arkansas tax reform task force is continuing to deliberate about ways to change the state’s tax code. One of the issues they are considering is repealing some sales tax exemptions in order to pay for cuts in the income tax – an idea that is beneficial tax policy. These tax exemptions have some vocal defenders, however, which complicates the prospect of this trade-off happening. Regardless of the politics, legislators should not allow short-sighted considerations to get in the way of this opportunity to advance pro-growth tax reform.

Nicole Kaeding of the Tax Foundation has testified before the task force, making the case for ending sales tax exemptions to pay for income tax cuts. She recently tweeted the following:

It’s quite sad the number of folks criticizing the Arkansas tax task force for eliminating sales tax exemptions. This revenue is much better spent lowering taxes elsewhere in the code. This is what tax reform looks like. If you want to lower the tax burden for Arkansas residents and grow the state’s economy, the formula is simple. Repeal sales tax exemptions, lowering individual and corporate taxes, and repeal the franchise and inventory taxes. It’s easy to say “cut taxes.” It’s much harder to say how you’ll pay for them. Unlike many others in the Arkansas tax debate, I said how I would. It’s their turn.

This is echoed by Dr.

Jeremy Horpedahl, an assistant professor of economics at the University of Central Arkansas and a scholar at the Arkansas Center for the Research in Economics, or ACRE (full disclosure — I am currently working on a project for ACRE). Dr. Horpedahl gave a speech on “Tax Freedom Day,” April 13, in which he discussed tax reform. In that speech (see full coverage at ACRE’s blog), he explained why using sales tax revenue to pay for income tax cuts is so important to the state’s economic growth:

The more you lower those income taxes and shift them to sales taxes…the higher economic growth will be. For example, for every four percentage points of your tax revenue that you shift over to sales or property taxes and away from income taxes, you can increase your economic growth rate by one percent. Some of you may say, ‘One percent? What’s the big deal about that?’ In many years the total economic growth rate is just one percent so you can essentially double the rate of economic growth by shifting say about four percent of your taxes over towards sales and property taxes. Most years we only get two or three percent max so a one percent increase in growth is huge especially if you add it up over decades or generations.

This isn’t only an academic debate; it matters if Arkansas is going to keep up with its neighbors. In a report for AAI on this subject, Marjorie Greenberg noted that bordering states are enacting pro-growth tax reform:

Arkansas’s neighboring states continued to push the envelope on tax reform in 2016. Without tax reforms, Arkansas will only fall further behind, given this region’s competitive interstate tax environment. In 2016, Mississippi eliminated all income taxes on the first $5,000 of income, eliminated all franchise taxes, and lowered several income brackets. Tennessee also produced tax reforms: it eliminated the state estate tax and removed income taxes on interest. Tennessee’s reward for these decisions was a $2 billion surplus. With competitive neighbors like these, Arkansas is well-advised to join the tax reform race.

If legislators are serious about keeping the state’s economy competitive, they need to embrace this opportunity to reform the tax code. Eliminating sales tax exemptions frees up revenue to cut income tax rates, which will benefit the economy. Some interest groups that benefit from sales tax exemptions may be upset, but it would be short-sighted to block tax reform to please them. Legislators need to consider the big picture and not squander this opportunity to make much-needed reforms to the Arkansas tax code.