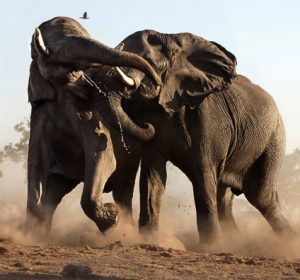 Yesterday, I wrote about Governor Beebe’s redistribution plan for Arkansas school funding. As part of that story, I shared several mass emails from and to Republican legislators that revealed their thinking on this issue (many are upset with the plan, to say the least). Perhaps as a result of my story, last night I received even more emails that more clearly demonstrate the divide in the GOP caucus — as well as the evolving nature of the debate over the imminent special session’s agenda.
Last Tuesday, October 8th, Rep. Mark Lowery sent an email to the caucus that read like this:

Everyone,
FYI – If you have not heard, the Governor is asking for help from school superintendents to garner support for changes in the law (during a called special session) for addressing the issue where some school districts are receiving millage dollars they may receive over the URT level (the issue that the Supreme Court refused to overturn). He is positioning it as a quid pro quo to address the teacher insurance issue.”

However, Rep. Andy Davis was quick to put those rumors to rest, dismissing them outright:

Using URT is not in the bill being drafted now and is considered a non starter with most legislators.”

But by Saturday, it was becoming fairly apparent in the media and behind the scenes that Lowery’s assessment was spot on. Lowery shot out this email to the caucus which included a snippet of Mike Wickline’s story on this issue:

I guess my gathered “intelligence” was not as off-base as indicated last week:
4 hand out draft on insurance fix, hoping it fits bill
MICHAEL R. WICKLINE ARKANSAS DEMOCRAT-GAZETTE
Key said one of the proposed bills would take several million dollars in property-tax revenue from eight better-off school districts and reallocate it for use on school buildings across the state. The reallocation would be phased in over three years, starting in school year 2015-2016, he said.”

Davis responded again, saying Lowery was right, but the governor wants it anyway:

You’re right. It’s not part of the long term funding changes house and senate members were/are putting together. However it is apparent now that the Governor will put the URT bill on the call anyway, even if its not really needed for the insurance funding.”

And as I indicated it appears he is going to hold hostage the legislation needed to fix the teacher insurance issue so he can beat down the Supreme Court ruling…or at least use the solution to put pressure through Superintendents on us to pass the URT bill. There’s a name for that…anyone want to take a shot at the label?”

But Lowery just went too far that time — at that point, House Speaker Davy Carter had to get involved:

No, that is not true.  There are numerous separate pieces of legislation.  Vote URT up or down on its own merit.  Legislators in both the House and Senate, both Republicans and Democrats, have different opinions on the URT issue.  It will either pass in both chambers or it won’t.”

And of course that elicited some passionate responses from dissenting members of the caucus, including Rep. Josh Miller:

We can vote it down on its own merit.  I think it’s ridiculous that its even coming up.  The URT issue is a load of manure and this, sadly, will be an opportunity for the new majority to lead with common sense principles.  We’ve all talked about it, now lets go stick up for the values we say we believe in.”

Rep. Joe Farrer echoed that response and asked why Republicans are taking directives from the governor:

Amen Miller, URT should not be even considered in this discussion. When are we as Republicans going to take the lead on issues and not be led around by the Gov. It’s sad that we have control of 2 branches of government and still don’t LEAD”

Rep. Bob Ballinger added that this was Beebe’s “last shot at the URT and he’s going to take it. If that were not the case we would not be dealing with it now.”
As I noted yesterday: the URT issue is completely unrelated to the teacher insurance premium spike. Yet Beebe has decided to conjoin the two and, for whatever reason, many Republican leaders seem eager to comply — despite Andy Davis’s original claim that it was a “non-starter.” Personally, I don’t understand why we’re even debating this issue when the state constitution speaks so clearly on this issue, and when the Arkansas Supreme Court upheld the law just last year.
Expect a special session to be called either tomorrow or Thursday, according to legislators — however long it takes Beebe to round up the votes.