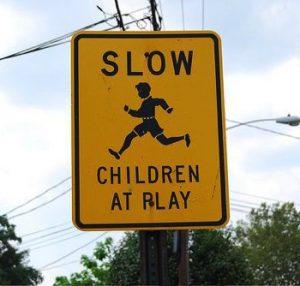 For the past few weeks, legislators have debated (mostly behind closed doors) how to solve the teacher insurance premium hike “crisis.” Republican legislators have been meeting frantically behind closed doors to craft a solution that is protective of taxpayers that Governor Beebe wants. It seems likely that the state will craft a “short-term solution” that involves using surplus money to patch the gap in premium funding. However, the governor has seized this crisis and is using the opportunity to invoke another one of his redistributive policy dreams: transferring millage funds from “rich” school districts to poorer districts.
Importantly, the millage (referred to as uniform rate of tax or URT) redistribution plan has nothing to do with the teacher insurance crisis. There is no proposal to use the recaptured funds from “rich” school districts to shore up the premium shortfall. Rather, the governor is using the teacher insurance crisis as a bargaining chip to get his hands on the millage funding. (Never let a crisis go to waste, I suppose.) One GOP lawmaker, who wished to remain off the record, described Beebe’s maneuvering as “hostage taking.” According to the lawmaker, this scheme has been a goal of Beebe’s since his inauguration in 2007.
About those emails: I’ve obtained several messages that are being circulated amongst the GOP legislative caucus. I think they provide some critical insight into how this issue is being handled internally — more specifically, which legislators are fighting for local school districts and which legislators are interested in going along with the governor’s plans to centralize control over Arkansas schools.
As I understand it, Beebe’s plan would transfer money from local schools to the state’s general fund. Rep. Bob Ballinger, an attorney, explained to a few members of the caucus that he believes this would be a violation of the state constitution:

Excerpt from Ark Constitution:
“No portion of the revenues from the uniform rate of tax shall be retained by the state. Ark. Const., Art. 14, § 3”
Plain and simple. This is local money collected by local taxpayers that the Constitution says should go to fund local schools. It should not be redistributed to who the state sees fit to receive it.”

In a separate chain of emails, Rep. John Payton expressed his disapproval of the plan:

The only reason it’s on the table is because it’s an opportunity for a few free-lancers to bargain with the other side, again. Just speaking from experience.”

This prompted a response from House Speaker Davy Carter, in his traditional bridge-building tone:

Representative Payton it’s against my better judgment to respond to this but I’m going to anyway.
Please define “freelancer” for me.  Is that someone who disagrees with you? With you and one more? With you and two more? Three?  Four? Five?  Ten?  Twenty? Please, give a definition so we can clearly know who you are so poorly trying to insult.
Also, please make it clear who “the other side” is in context of your remarks because I personally know there are both republicans and democrats for changing URT, just as there are both in both parties that are very much opposed.  That’s why we have votes.
And just what exactly are you alleging that these “freelancers” are “bargaining for?”

Payton replied to the Speaker:

Well the term “freelancer” originated in old time when a knight or swordsman was for hire.
The other side I refer to has little to do with party, but everything to do with anybody who looks for ways to alter the principles found in our states constitution. Even if such subversion is convenient for a season.
I am not mad at anybody and if my remarks offend then a little reflection could be profitable.
Sorry to be so blunt but these are my opinions, shared by many of my constituents.”

Finally, Rep. Bruce Westerman — a former school board member — weighed in with some compelling insights. Here’s some of his comments:

My reasons for opposing the URT bill other than it having a direct negative impact on my constituents:
1. It’s not germane to the PSE insurance issue.
It is not related to the PSE insurance issue and is not included in the draft outline for the plan. I was told from the onset that there were plenty of funds to bridge the gap until the system can be reformed and to my knowledge this was not an issue until the governor made it one. He can claim whatever he wants for his reason to include it, but one thing is for certain that the URT issue is not germane to the PSE insurance issue.
2. It at least has questionable legal issues, likely is unconstitutional, and will be challenged in court.
I believe it would be unconstitutional based on Article 14 as amended by amendments 11, 40, and 74. As Bob pointed out, Article 14 plainly states that no portion of the URT can be retained by the state…Regardless of my arguments on the constitutionality of what the governor is trying to achieve, he has already lost the argument in the Supreme Court. Maybe he thinks the legislature can “fix” it, but in my opinion, it is not broken and I am certain his “fix” will leave the next governor and AG with one or more lawsuits to defend.”

He went on to list five more reasons why he opposes the URT plan and called it “an unprecedented redistribution of property taxes in Arkansas,” a “solution needing a problem:”

It is redistribution of wealth no matter how you try to package it. That is a very liberal and socialistic position to take regardless of everything else. Never has one penny of local property taxes not been remitted to the districts in which they were collected. This bill would set a new precedence for the redistribution of wealth in Arkansas and would make local property taxes anything but local. I believe this is what our citizens were trying to protect against when they passed the 40th amendment that plainly states the state cannot levy a property tax. I can understand a Democratic governor’s desire to push this kind of policy but I cannot support it whether or not it directly affects my constituents because in the long run, I believe it will affect us all.”

Finally, Westerman said Beebe is “obviously passionate about being Robin Hood with this property tax money or he wouldn’t be pushing it so hard.”
To conclude, Rep. Andy Davis ‘thanked’ Westerman for his comments:

Bruce,
For the caucus meeting tomorrow, can we discuss the four bills pertaining to PSE insurance first before we get into the URT? We really need to know where we are on those before the Gov can call a session.
Thank you for presenting your positions on the URT issue. I hope anyone on the other side of the issue will do the same.”

One thing seems clear: the fault lines in the caucus that appear in these emails seem very similar to the fault lines that were revealed (or, perhaps, created) during the debate over the “private option.” It looks like those fault lines may stick around for quite some time.