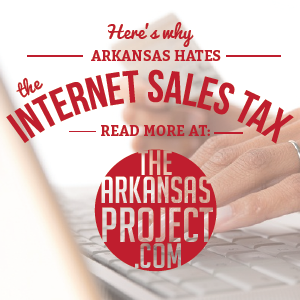 The following is a guest editorial from Andrew Moylan (executive director, R Street Institute) and Doug Kellogg (communications manager, National Taxpayers Union) about the Marketplace Fairness Act, which is proposed federal legislation that would allow state governments to tax out-of-state businesses.
It sounds counter-intuitive, but the Internet sales tax enforcement scheme outlined in the Marketplace Fairness Act (MFA) is not actually a new tax; in fact, both opposing sides of the debate would agree on that. It is also not really about the Internet.
It is precisely these ironies that make MFA so dangerous.
At its heart, what is at issue here is expanding state taxing powers beyond their borders. Such a proposal is exactly the opposite of creating a “fair” playing field between online retailers and brick-and-mortar stores.
Today, a single location retailer, whether online or storefront, has one tax situation to worry about. If the MFA were passed, the storefront would still have one tax situation, but the online retailer would face thousands, based on wherever their customers were from – up to nearly 10,000!
Doesn’t sound fair, does it? Arkansas voters certainly don’t think so.
A recent National Taxpayers Union and R Street Institute poll of Arkansas voters about this online sales tax issue found 59 percent of Arkansans opposed to MFA’s brand of Internet sales tax collection. That’s compared to just 28 percent of Arkansans in support.
Those decisive results are before Arkansans gave greater thought to the implications of MFA. With just a bit more explanation on the risks of expanding each state’s taxing authority (specifically, being told that it “would allow tax enforcement agents from one state to collect taxes from online retailers based in a different state”), the opposition shot up to 74 percent! The Arkansas results were the most lopsided finding among any of the 20 states R Street and NTU polled. And no matter how the issue was re-framed — such as “a federally-sanctioned tax mandate” or in “out-of-state courts hounding in-state businesses” — respondents expressed overwhelming margins of skepticism.
That’s no small feat when President Obama, Arkansas’s two senators, and traditional retail giants all find their interests aligned in favor of MFA.
So: informed voters don’t like it, Arkansas businesses would fall prey to New York and California tax authorities, jobs would be lost, and a terrible precedent would be set for other harsh tax policies. Why does it have any support?
We can only speculate on some of the motivations behind MFA. Clearly, some business interests see a competitive advantage – after all, competition drops when a multitude of small-scale sellers go out of business. But for governments, extra revenue is an enticing proposition – and even more so when they can force someone who cannot vote for (or against) you to do the dirty work.
Politicians may decry the “loophole” of some folks not having their sales tax obligation collected, but in reality, thanks to use taxes, they have all the tools they need to collect anything missed by a sales tax. Of course, that would involve pursuing your own voters for additional tax collection, which is far less fun than circumventing the democratic process when you have reelection to worry about.
Their biggest motivator is probably the prospect of having that revenue in hand. But politicians expecting a windfall are getting sold a bill of goods. Individual states that have pursued collections on “remote” sales have seen actual revenues come in as much as 75 percent below projections.
What’s worse, something priceless is also on the line in the Internet sales tax debate: your freedom.
The polls show Arkansans agree that imposing an unfair playing field, ruining small online retailers, and losing more of our economic liberty is a bad deal. Will politicians listen? Or try to sneak MFA legislation through before the chorus of opposition is too loud to ignore?
Arkansans have decided to stand up and oppose this terrible law. Let’s hope their elected officials join them.