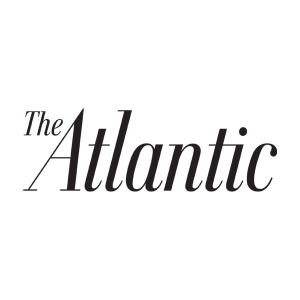 Now that election season has arrived, the scent of desperation in the latest attacks on Republican candidates is becoming increasingly apparent. If you want to see this desperation catalogued, you can take a look at Max Brantley’s regular contributions to the Arkansas Times’ blog, which have recently functioned as a kind of flea market for bottom-tier campaign attacks. In the past few days, I knew that Brantley’s peculiar aggregation of attacks reminded me of something, but I couldn’t figure out what.
Last night, it came to me: I finally realized what Brantley’s post after post after post after post about Leslie Rutledge reminded me of – namely, a great moment in Tom Wolfe’s The Right Stuff, his narrative of the aircraft pilots who became astronauts at the dawn of the United States’ space program. In the course of his book, Wolfe provides an anecdote about the test pilots in training who would listen to recordings of their predecessors:

Sometimes at Edwards they used to play the tapes of pilots going into the final dive, the one that killed them, and the man would be tumbling, going end over end in a fifteen-ton length of pipe, and he knew it, and he would be screaming into the microphone, but not for Mother or for God or the nameless spirit of Ahor, but for one last hopeless crumb of information about the loop: “I’ve tried A! I’ve tried B! I’ve tried C! I’ve tried D! Tell me what else I can try!” And then that truly spooky click on the machine. What do I do next? (In this moment when the Halusian Gulp is opening?) And everybody around the table would look at one another and nod ever so slightly, and the unspoken message was: Too bad! There was a man with the right stuff.

Of course, there is something admirable about people who don’t give up even when facing terrible odds. But when journalists become their enablers, that is less admirable. The looming crack-up of Arkansas Democrats this November is evident on the horizon – like those listening to the pilot in Wolfe’s piece, it is becoming apparent to most observers that, statewide, Arkansas Democrats’ campaigns are running out of options.
Here’s an article that typifies this kind of desperation – a sweep-the-kitchen profile of Senate candidate Tom Cotton, in which Atlantic journalist Molly Ball piles up an remarkable collection of innuendo in an attempt to paint a portrait of Cotton as Not One Of Us. For example: Tom Cotton went to Harvard and wrote his senior thesis about the Federalist Papers, therefore he’s elitist and skeptical about democracy! And he once introduced himself twice to the same person at an event, therefore he’s “bookish” and not good with people! As an Army officer, he once wrote a letter to the New York Times criticizing their reporting, which revealed his “rage.” Furthermore, his “harsh, unyielding, judgmental … conservative absolutism” is demonstrated by the fact that he sometimes votes against federal programs! Creepy!
For some reason, Ball doesn’t draw such relentlessly negative inferences when interviewing Cotton’s opponent, Senator Mark Pryor; instead, Ball just stands back and lets Pryor handicap Cotton’s prospects by explaining “I meet a lot of Republicans who say that, for one reason or another, they just can’t support him.” Surely Mark Pryor must be describing this situation accurately; that would explain why Tom Cotton had to endure such a fractious, grueling Republican primary earlier this year.
Ball uses more than her share of inflammatory language, but surrounds it with weaselly qualifications. For instance, when she reads Cotton’s thesis on the Federalist Papers, she explains that his thesis provides insight into him “in ways some might find disturbing.” Yes, no doubt there are some who might find it disturbing, especially because some might find something disturbing in almost anything. (Such nuances are, naturally, lost on Brantley, who eagerly publicized Ball’s piece: he is so taken with the word “disturbing” that he uses it in a headline and then follows up with a false attribution to Ball, claiming she uses the term to express her own judgment.)
Of course, Ball won’t just come out and say that there is something deeply wrong with a guy who decides to study the Federalist Papers. That would be an embarrassing admission for Ball to make, because anybody who knows anything about American history knows that the Federalist Papers are as American as baseball, motherhood, and apple pie. But, for Ball, “it seems significant” that Cotton wrote about the lessons we might learn from the Federalist – one of them apparently being that the Founders believed that republican representation is, sometimes and in certain respects, superior to pure democracy. (This is a “scoop,” Max? Really?)
It is a sad commentary that someone as smart as Ball plainly is finds Cotton’s interest in the Federalist’s criticism of democracy more than a little unusual. (Remarkably, Ball published – and Brantley publicized – these musings about the allegedly dangerous and subversive qualities of the Federalist on Constitution Day. This would be rejected as an unbelievable plot contrivance if it occurred in a bad novel; in real life, it’s just embarrassing.) In fact, we all know that some of the ideas about democracy in the Federalist are important and true. In fact, in a nation of 300 million people, you can’t have a pure democracy. Some matters have to be collectively decided, and those matters will ultimately have to be delegated to a relatively small group. The entire nation can’t be asked, for instance, to write the defense budget. That is Congress’s job, and Members of Congress have the qualifications to do it – qualifications which have been tested by the American system of elections – and it makes perfect sense, therefore, to demand high moral and intellectual standards of our representatives. That isn’t elitism; it’s common sense.
At this point, it begins to appear that the strategy deployed against Tom Cotton is best summarized as “let’s throw everything we can against the wall and see what sticks.” Here’s another example: can it really be true that Max Brantley thinks that Tom Cotton has a “weird outlook on women”? For some reason, Brantley pretends it’s noteworthy that Tom Cotton wrote a column as a college undergraduate that suggested that women are hard for men to understand. Brantley is, of course, completely entitled to think this opinion is weird – however, just as a matter of statistical fact, Brantley is wrong. Indeed, I am quite sure that there are billions of men who have believed, at some point in their lives, that women are really hard to figure out. Disagree with this view as much as you like, but it ain’t uncommon. If Brantley is really unaware that this is a widely held belief, he is inordinately ill-qualified to explain – as he does regularly – how the political candidates he dislikes, such as Tom Cotton, are burdened by crippling social deficits. Physician, heal thyself!