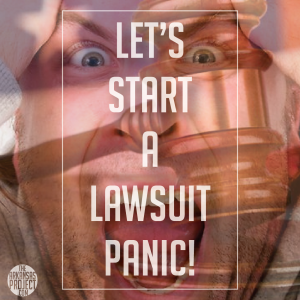 Apparently, private-option sympathizers are now arguing that ending the private option could leave the state vulnerable to a court judgment. Of all the arguments that I hear in favor of the private option, the “private option lawsuit-vulnerability theory” is the silliest. It is true, of course, that anybody can sue anybody for anything, but the relevant follow-up question is always: who’s likely to win?
David Ferguson of Conduit for Action provides a good summary of the worthlessness of the private-option lawsuit-vulnerability theory, but he left out one important piece. (That is, the argument he’s criticizing – which he successfully destroys – may be even weaker than he realizes.)
Namely, the lawsuit vulnerability theory runs smack into a doctrine that every first-year law student encounters: the doctrine of impossibility. In short, you can’t require a contract to be enforced – or pursue damages – if a change in circumstance makes performance impossible.
Of course, under Arkansas law, you can’t just say “This is impossible for me to do, so I’m not going to do it, therefore I don’t have to carry out my end of the contract.” That isn’t enough. A successful impossibility defense is just a bit more demanding: you have to prove that you did just about everything you could to fulfil your part of the bargain, but that accomplishing your promised goal was more or less impossible. That’s a high standard, so the impossibility defense is rarely of use. (I should add here that I am grateful to law professor and contracts genius Jeremiah Ho for giving me a refresher course in first-year contracts doctrine, which for some reason I have over the years done my best to repress.)
My guess is that the doctrine of impossibility would be of great use to legislators who genuinely want to end the private option, but are concerned that some scheming lawyer might sue our state. Legislators aren’t obliged to vote for the private option: they’re independent actors who are allowed to make their own decisions. The legislators who originally created the private option made a point of telling enrollees that the private option is not an entitlement program; rather, enrollees were informed that the private option could end at any time. The state Constitution requires yearly legislative reauthorization of Medicaid expansion spending, making the question of its end date look less like a justiciable question and more like a political question. To me, this background suggests that it’s extraordinarily unlikely that legislators could be legally obliged to continue the program in perpetuity. It is impossible for Governor Hutchinson (or any other agent of the State of Arkansas) to make legislators vote for the programs he favors. He can beg, he can wheedle, he can (within the limits of the law) offer legislators something else in order to get their vote – but nobody is allowed to hold a gun to legislators’ heads. Making legislators vote the way you want them to vote is, quite literally, impossible.
As Governor Hutchinson has noted, the private option is “politically toxic.” It is politically toxic because it has spurred so many fights between those who are genuinely conservative and those who are nominally so. But it is also politically toxic because it has created such terrible policy consequences, such as its attendant massive overenrollment, bloated spending, and incentives for dependency. It is politically toxic because its architects have been the author of so many broken promises. (Indiana is now billing itself as the first Medicaid expansion state to incorporate medical savings accounts in its program, an announcement that must have come as a terrible blow to those Arkansans who made the mistake of taking private-option advocates — who promised medical savings accounts — at their word.) And it is politically toxic because the defenders of the private option continue to be pushed into making new arguments in its defense that are increasingly unmoored to reality, like the idea that Arkansas will be punished by the courts if it ends the private option.
I admire the legislators who are doing their best to detoxify Arkansas politics, like Linda Collins-Smith and Donnie Copeland. I just wish there were a few more legislators like them, so that their attempts to lighten the burden of taxpayers could actually succeed. It is puzzling and frustrating that some who identify as conservatives are energetically supporting a failed and unpopular program that makes for a gigantic expansion of government that costs taxpayers billions of dollars every year.
As for me, I think it’s fascinating to walk into the Capitol and watch a new majority flexing its muscles. I hope it isn’t too much to ask that, someday soon, our majority will remember that they’re Republicans.