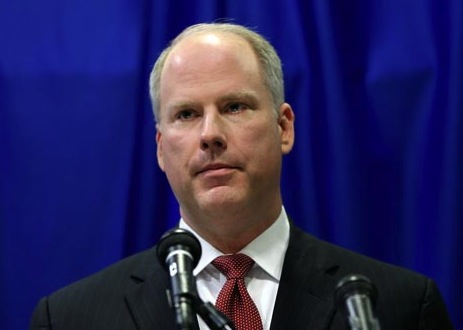 You may have heard about the dust-up between Governor Beebe, Attorney General Dustin McDaniel, and Secretary of State Mark Martin over Martin’s hiring of outside counsel for legal help. Beebe has said Martin’s actions “undermine public trust.” McDaniel told the Arkansas Democrat-Gazette that Martin’s actions are “a serious mistake.” But in their rush to judge Mark Martin, they are simply wrong.
Regrettably, some of Martin’s critics are failing to read the law in context. They are simply citing ACA 25-16-702, saying that this statute shows that Martin’s conduct is scandalous. Perhaps they were too busy to continue reading nine sentences later, all the way down to ACA 25-16-711. That statute speaks specifically to a conflict between the AG and another constitutional officer, saying that, should a dispute arise, the constitutional officer is authorized to employ “special counsel:”

In fact, it seems impossible that McDaniel is unaware of this. In 2011, when some of these issues first arose with Martin’s office, his spokesman told the Arkansas Times that there was nothing at all wrong with the Secretary of State’s hiring of outside counsel — and that the hiring of said counsel does not necessarily require approval by the AG:

We always stand ready to assist agencies, boards and commissions as the state’s legal counsel,” Sadler says. “However, approval by the Attorney General’s Office to hire outside counsel is only necessary if there is special language in an agency appropriation bill that states that such approval is specifically required. So, agencies occasionally obtain outside counsel through the normal professional-service contract process. Sometimes, as in this instance, our office is not aware of those contracts.

Talk Business has also dug up a memo of a relevant meeting between the AG’s staff and the Highway Department. In the memo, the AG’s office again argues that hiring outside counsel does not itself necessitate AG approval:

Many state agencies will contact the AG Office and say, “We went through a procedure, and chose a law firm based on their expertise or our relationship with them, and we’ve entered into a contract. Will you review it and say it’s okay?” Then they will send it to DF&A and the legislative committee for approval. Usually they do it because there is special language in their appropriations act which says none of the funds appropriated shall be used for legal services without the prior approval of the AG’s office. However, there is no consistency with this either. Some appropriations bills have that language and some don’t. (AHTD’s does not.) If that language is not included, there is no real restriction. Nonetheless, some agencies still ask for AG approval. On the other hand, some agencies which do have that language in their bill will enter into contracts without AG approval. The AG office has no authority to enforce it. The legislature could enforce it if they chose to do so, but they haven’t.

What this demonstrates, in my opinion, is that McDaniel is willing to prostitute his legal judgment in the service of his political desires. What other explanation could there be for someone who’s willing to bet the dwindling moral capital of his office’s reputation on a legal position that’s clearly irreconcilable with the legal opinions it has repeatedly issued in the past? Unfortunately, it’s a pattern we’ve seen with McDaniel: he’s shown that he’s willing to spin on a dime in order to change his office’s official legal interpretation of statutes whenever these contortions fit his reflexively partisan political agenda.

3 thoughts on “The Latest McDaniel Scandal”