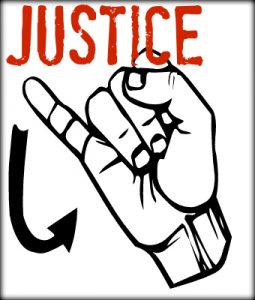 Friday news dump by state government!  I haven’t been able to find this story anywhere else, so I am taking a huge career risk here by acting upon this information, but the Arkansas Times is reporting that our friend Bill Walker has issued a statement saying that he has actually removed unqualified interpreter Clara Taylor from her position.  This of course is a story we have been following for a while here at The Arkansas Project, advocating Taylor’s removal because of her apparent inability to do her job.

This is mostly good news, assuming that Taylor will be replaced by an interpreter that is actually qualified and the needs of the deaf community will finally be met.  However, the Times is also reporting that Miss Taylor will be moved to another position within state government.

Here’s the statement from Walker:

“At the time Ms. Taylor was hired, I felt that she was the best candidate for the job. However, after further review and consideration, I believe that I made a mistake in hiring her for the interpreter position. I take full responsibility for the decision to hire her. I believe that she will continue to be a valuable employee for this agency and that her skills are better utilized in another position.”

Reportedly, Taylor will be moved into the position of “vocational rehabilitation specialist.”  It is unclear whether or not she is qualified for this position either.  Transferring Taylor rather than terminating her because she was wrongly hired does little to change my suspicion that she was hired because of her personal relationship with Mr. Walker and given preferential treatment.  In fact, it encourages that perception.

Representative Bryan King is the chairman of the Legislative Council’s Personnel Committee that had been reviewing the hire.  He issued the following statement to me regarding the developments:

This was a victory for the deaf community. I will work to raise the qualifications for those hired as interpreters so that this doesn’t happen again.  I appreciate those in the deaf community that showed true courage by speaking up.  Director Walker and Mr. Trevino’s management did not serve the deaf community or the people of Arkansas.

Mr. Walker should be recognized for doing the right thing, even if it took him months to do it.  But there are at least three looming questions that remain regarding Miss Taylor’s employment:

Will Miss Taylor continue her studies at UALR on the taxpayer dime?

How much money has already been paid to UALR for her training?

When will Bill Walker be disciplined by the governor for lying to lawmakers?

This story is far from over.

3 thoughts on “The Concerns of the Deaf Are Finally Heard”