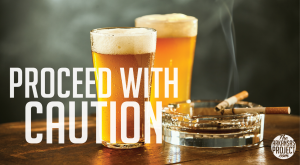 The legislative tax reform task force is continuing its work, trying to find ways to improve the Arkansas tax code. It has considered some good ideas for reform, aiming at the ultimate goal of lowering the state’s income tax rates. That type of reform should certainly be encouraged, but I would urge caution on some of the ideas being suggested to get there.

The Democrat-Gazette reports on some tax proposals that don’t thrill me:

As we’ve discussed before on TAP, an ideal tax code would have taxes that are broad-based with low rates. There would be few exemptions. There would also be few excise taxes, which are taxes levied on specific products or services. Generally speaking, it is troubling to raises taxes on a few products in order to provide wider benefits to the public. It is unfair to ask a small group to pay more if the benefits from this tax increase will be widely felt (through, say, lower overall tax rates). Note that this is different than ending tax exemptions (a policy that is consistent with sound tax reform). Ending exemptions does target a small group of people, but that action is asking them to pay the same tax rate as everyone else.

So while it is good that this task force is looking for ways to lower the state’s income tax rates, doing so by raising excise taxes may not move the state towards a better tax system.

An excise tax, like the taxes on alcohol or tobacco, should be levied in order to offset any problems caused by those products. For instance, there is some evidence that alcohol consumption can lead to crime problems. So levying a tax on alcohol in order to pay for police officers makes some sense, but the tax should not be so high that it funds the entire police force. After all, alcohol users do not commit all the crime that occurs, so they should not pay all the governmental costs to deal with crime. Police protection is a service that benefits the wider public, not just alcohol users, so the wider public should bear most of the cost of providing this service through general taxes.

Of course, it is easy to raise alcohol and tobacco taxes. Not many people smoke, so not many people will holler if cigarette taxes go up. Both products are somewhat disreputable. It’s difficult for people to stand up against “sin taxes.” It may be politically easy to raise revenue from these sources, but that does not mean it is a good idea.

One consequence of raising taxes on alcohol and tobacco is that people will take steps to avoid these taxes by buying the products in other states. The Mackinac Center has done some good work looking at cigarette smuggling. The Tax Foundation has summarized the Mackinac Center’s work, which shows that Arkansas’s cigarette tax rate already leads to 8.5% of the cigarettes consumed in Arkansas coming from out-of-state. There has been an increase in the smuggling rate since 2006, which is reasonable since the state increased its tobacco tax during this period.

A higher tobacco tax will mean that more Arkansans who smoke will be smoking cigarettes purchased from other states. This could be as simple as someone going across the state line to buy a carton of cigarettes in Mississippi or Missouri. Or it could mean that there is an organized effort to buy large quantities of cigarettes in a lower-taxed state, drive them into Arkansas, and sell them illegally on a retail basis.

The task force is also considering imposing an excise tax on e-cigarettes or vaping products. They should carefully consider the consequences of doing so. Here is what Scott Drenkard of the Tax Foundation has to say about sound vape tax policy:

When the task force puts its complete package of recommendations together, it may present a good rationale for higher excise taxes on alcohol and tobacco and a new excise tax on e-cigarettes and vaping products. It is possible that this would play into an overall better tax code for Arkansans. But task force members should resist the temptation to raise tobacco and alcohol taxes merely because these products are easy targets for tax hikes.