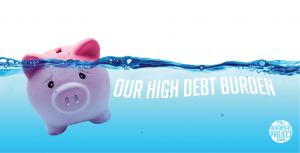 Are legislators and the governor making wise choices for the financial future of Arkansans? A new report says that the answer to this question is “no.” This finding should concern everyone who is interested in the long-term fiscal health of the state.

A group called Truth in Accounting looked at the state’s financial reports and did not like what it saw. Here is what it concluded in its “Financial State of Arkansas”

Arkansas’ elected officials have made repeated financial decisions that have left the state with a debt burden of $2.9 billion, according to the analysis. That burden equates to $3,600 for every state taxpayer. Arkansas’ financial problems stem from unfunded retirement obligations in the form of pension and other post-employment benefits. Of the $13.1 billion of retirement benefits promised, the state has not funded $3 billion of pension benefits and $2.3 billion of retiree health care benefits.

Specifically, this report points out these facts that should concern every Arkansas taxpayer:

You can read more here.

Unfunded pension and post-retirement benefits liabilities are very concerning because either one of two things will happen: spending must increase to deal with them or the promised benefits are scaled back. With the first option, the longer that legislators wait to fund these liabilities, the more expensive they get. With the second option, there are various legal concerns that, even if overcome, will lead to a disgruntled workforce that rightly dislikes having retirement promises broken.

Lawmakers need to deal with these unfunded liability issues sooner rather than later. Other states have enacted reforms that Arkansas should consider. But beyond reform, it is also necessary to start funding the already-promised post-retirement benefits. Waiting to deal with this problem will only make it worse.