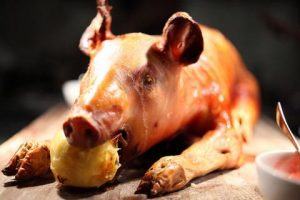 As we’ve noted before, sometimes Matt Campbell posts insightful legal analysis containing persuasive legal arguments. And sometimes he completely misses the mark by making arguments that would get an attorney laughed out of court.
The difficulty is that he doesn’t seem to be able to tell when he’s making strong arguments or weak ones.
Recently, Campbell posted about a recent public statement from Judge Rhonda Wood. (As is their habit, the Arkansas Times uncritically and robotically reproduced Campbell’s accusation.) Weirdly, Campbell’s criticism rested on Wood’s statement that she was constitutionally qualified to serve on the Supreme Court.
Campbell then proceeded to cite a series of inapplicable rules; he failed, however, to mention one rule that trumps everything he cites. That rule is that judicial candidates are entitled to express opinions on their qualifications for office.
This isn’t just my opinion. It is the opinion of the United States Supreme Court.
A decade ago, in deciding a case about a candidate for a judgeship in Minnesota, the highest court in the land found that burdening speech about “the qualifications of candidates for public office” endangered a category of speech “at the core of our First Amendment freedoms.” (Republican Party of Minnesota vs. White, 2002.)
In short, Campbell’s discussion of Judge Wood ignored a famous election-law case that is parallel to Wood’s situation. Wood has done nothing wrong, but Campbell is guilty of sloppy lawyering.
Campbell, of course, has every right to post whatever he wants on his blog and ignore established authority. But it’s a mistake to pretend that Campbell’s behavior is anything like serious legal analysis. (Sadly, this isn’t just a one-time thing; we’ve posted before about Matt Campbell’s careless avoidance of relevant precedent.) A failure to mention adverse authority is perfectly OK on a blog, where you have the freedom to be irresponsible, but it will get you into real trouble in court. If you’re lucky, a failure to cite adverse authority will persuade the judge to toss part or all of your brief in the circular file. If you’re unlucky, a failure to cite adverse authority will persuade the judge that you’ve violated ethics rules.
Even if the above Supreme Court case didn’t exist, Campbell’s argument would still be spectacularly bad. Campbell argues that Wood’s one-sentence statement about her own qualifications somehow violates the Code of Judicial Conduct – because other courts will eventually be making judgments about judicial-eligibility cases involving other parties. This is like arguing that a judge who is getting divorced and makes a one-sentence public statement about his or her own divorce therefore cannot ethically preside over anyone else’s divorce case. (I don’t want to overwhelm you with Latin here, but I am pretty sure Campbell’s mistake lies in confusing stare decisis with res judicata.)
Notably, Campbell’s whole case against Wood rests on a misrepresentation of Wood’s actions. Campbell argues that Wood “stated her opinion on the pending case and, in effect, stated how she would rule if the case were presented to her as an appellate judge.” Campbell is, of course, wrong. (Note how Campbell manufactures a statement from Wood by smuggling in an “in effect” clause.) In fact, Wood never stated how she would rule; furthermore, Wood doesn’t surrender her First Amendment rights to discuss her own personal affairs when she puts on judicial robes.
I haven’t even addressed Campbell’s most outer-space argument – he alleges that Wood’s explanation for her self-admitted clerical error (she once accidentally paid $100 for her yearly licensing fee, although she owed $200) is “absurd.” More precisely, he writes “One other thing that jumped out at me about Wood’s statement is the absurdity of her excuse.” Campbell has every right to think that it is impossible to believe that someone might, by accident, occasionally write out a check for the wrong amount. I, on the other hand, live on Planet Earth; as a human who observes other humans, I see these kinds of accidents happen all the time. I feel a little sorry for Matt Campbell, who is apparently so divorced from human experience that it is incomprehensible to him that someone might make a clerical error when writing a check once per year. I will say that if it’s really true that Campbell remembers these kinds of dollar figures perfectly, I envy him, because I can’t even remember how much I pay for my cell phone — and I pay that bill once a month. All I can say is that it takes a unique legal mind to overlook famous Supreme Court cases while demanding perfect recall of the amount of a check that was written in a previous year.
I spoke briefly to Judge Wood and asked her what she’d do if one of the judicial-candidate eligibility cases came before her. She responded: “Of course, I’d recuse.” She’d be right to do so, and of course this disintegrates any remaining shred of Campbell’s argument – he had suggested that her statement about her own eligibility might be inconsistent with her judicial duties.
I should also add that Wood forwarded me a text message she received last week from David Sachar, who heads the state’s Judicial Discipline and Disability Commission. After Sachar read Campbell’s post Friday, he sent Wood the following text:

Call if you want. I see nothing wrong w your comments on your situation.

Although Sachar’s authority is not quite as conclusive as the United States Supreme Court’s, I am willing to assign his judgment significant weight.
Finally, it appears that Matt Campbell knows just enough law to be dangerous; a little more familiarity with it might have led him to Arkansas’s Rule of Professional Conduct 3.6, which states in relevant part:

[A] lawyer [or client, of course] may make a statement that a reasonable lawyer would believe is required to protect a client from the substantial undue prejudicial effect of recent publicity not initiated by the lawyer or the lawyer’s client.

This is a rule that couldn’t have been written any more for the current situation if one tried!
Enough said.  Matt, do us all a favor and hit the law books a little harder. Better luck next time.

2 thoughts on “Is Matt Campbell Qualified To Blog?”