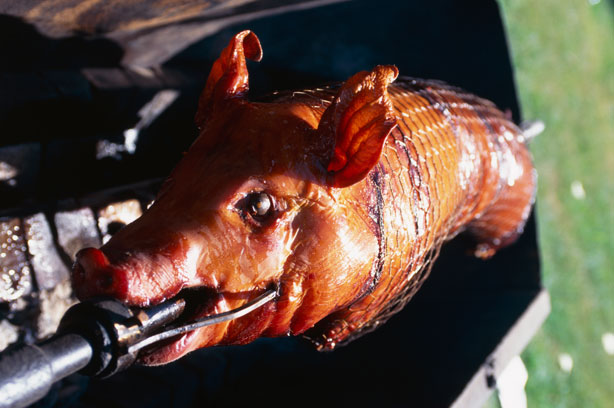 As our regular readers will recall, Matt Campbell frequently discovers ethics problems that do not actually exist. That’s not to say that he’s always off target: as a lawyer, he’s a hell of an investigative journalist. But his political enthusiasm often outpaces his legal analysis. For instance, he recently announced that he had discovered a state employee doing political work on state time because (cue dramatic music) he had discovered that this state employee had emailed several newspaper articles to his boss. People who live in the real world will find such charges less than convincing.

Matt Campbell’s latest adventure consists of a lawsuit against Lieutenant Governor Mark Darr – the issue is that Campbell believes he is entitled to know what Darr’s personal cell phone number is, and Darr (for some mysterious and idiosyncratic reason) believes he shouldn’t have to provide his cell phone number to everyone who demands it. I should emphasize that this is Mark Darr’s personal cell phone: the taxpayers do not pay the bill for this cell phone, Mark Darr does. Campbell recently demanded Darr’s phone records, and when Darr redacted (removed) his personal phone number from them, Campbell then sued. For a normal human being, this redaction wouldn’t present a problem, because normal human beings do not think that they have a right to demand public officials’ private cell phone numbers. Matt Campbell, however, is different; because he apparently believes that the Arkansas Freedom of Information Act entitles him to possess Darr’s private cell phone number, he took Darr to court.

Permit me to explain the multiple respects in which Campbell’s suit is groundless.

First: Campbell misunderstands and misstates the law. The relevant state Supreme Court case here is Stilley v. McBride, 332 Ark. 306 (1998), in which a requestor demanded the home addresses of certain police officers. The court opined that this information could be withheld from disclosure, because that information could be used to harass the officers and their families. More generally, government records about its own employees (which are typically called “personnel records”) are not automatically subject to FOIA requests: instead, courts often use a balancing test in which they weigh the public interest in disclosure against the individual’s interest in keeping the records private. See Young v. Rice, 308 Ark. 593 (1992). The substantial interest that state employees have in the privacy of their personal life’s details, so that they can be protected from harassment (see Stilley at 311), would be magnified for a statewide elected official. The Stilley court further suggested, at 312, that the only relevant public interest that is at issue in the balancing test is whether disclosure would “shed light on an agency’s performance of its statutory duties” or otherwise let citizens know “what their government is up to.” Curiously, Campbell’s brief fails even to mention Stilley, which a competent filing would portray as a leading case.

Second: Campbell misapplies the law. Campbell first argues that cell phone records cannot be “personnel records,” because personnel records must “pertain to individual employees.” Here, Campbell is wrong simply as a matter of definition; phone logs that contain information about the personal phone numbers of state employees will necessarily pertain to individual employees and, therefore, are personnel records. Campbell then argues that the phone logs constitute a record of the performance of the lieutenant governor’s office, which he says adds weight to his argument for disclosure. But Campbell is wrong here as well. The Arkansas FOIA requires transparency about the identity of the parties that a government office is contacting, or transparency about how often a certain party is contacted. What is interesting here is Campbell’s utter failure to understand the force of his own argument: in fact, Campbell isn’t requesting anything that explains the performance of the lieutenant governor’s office at all, because the digits of Mark Darr’s personal phone number explain nothing whatsoever about the office’s performance record.

Third: Campbell not only gets the facts at hand wrong, but he misrepresents them to the court. That practice is, to use the technical term, a “big no-no.” Campbell argues that Darr’s office made a mistake in opting “to misapply his own incorrect understanding of law, rather than seeking an opinion from the Attorney General as to whether the records were subject to disclosure.” Campbell is, once again, unsurprisingly, wrong. In fact, Darr’s staff asked the AG’s office to provide guidance on this matter, and it thereupon received such guidance from the AG a week or two ago. An October 18 email sent from the AG’s office to the lieutenant governor’s office explains the AG’s official interpretation, making two points:

if a state employee’s home number is unlisted, then disclosure of the number is not required”

in general, home and personal cell phone numbers of state employees probably do not require disclosure under the general balancing test that applies when personnel records are requested under the FOIA.”

The AG’s email goes on to cite two different AG opinions that support these arguments. (They’re numbered 2006-165 and 2012-126, if you’re curious.) Campbell repeatedly explains in his filings that Darr acted badly because he failed to seek an opinion from the AG before making a decision. If Campbell had done a better job of lawyering – by, for instance, asking Darr’s office to provide any communications it had received from the AG’s office about this matter – his pleadings would provided the court with accurate information. (See, Matt, we got this thing in Arkansas that would have required Darr’s office to disclose any relevant papers upon request – it’s called the Freedom of Information Act. It’s a terrific law.) Hilariously, Campbell just assumed that since Darr disagreed with him, Darr therefore didn’t consult an attorney. The sheer tunnel vision demonstrated by Campbell’s request to the court – that it should find that Darr acted in bad faith – is notable here.

I have neither the time nor the inclination to march through all of Campbell’s attempts at reasoning. But I do want to highlight one point that he makes that is exceptionally precious. At several points in his brief, Campbell criticizes the eight-sentence statement that Darr provided him – the one that explains why Darr redacted his own personal cell phone number – in a very odd way. In my view, Darr’s eight-sentence statement explains the relevant law a great deal more correctly and concisely than Campbell’s ten-page brief. But Campbell seems to believe that he can get some mileage out of an essentially irrelevant fact: namely, Campbell charges that Darr’s letter doesn’t cite legal authority for its reasoning. Here is a newsflash for Matt Campbell: Darr’s letter doesn’t have to. You don’t have to provide a citation when you explain your custodial actions under FOIA: in fact, you don’t have to explain your actions at all. You only have to obey the law by disclosing the relevant documents. Campbell’s criticism of Darr here is weirdly inappropriate; it’s as if I heard you talking about how much it rained last year, and then reacted by demanding that you provide supporting authority from the Farmer’s Almanac. If Campbell really thinks that formal citations are required in informal contexts, he must be a big hit at cocktail parties.

I believe that Campbell illustrates an important rule of the practice of law: namely, a lawyer who represents himself has a fool for a client. I also believe competent counsel would have advised Campbell never to file this inane lawsuit. He’s going to lose this one. Bet on it.

9 thoughts on “The Blue Hog Gets Another Grilling”