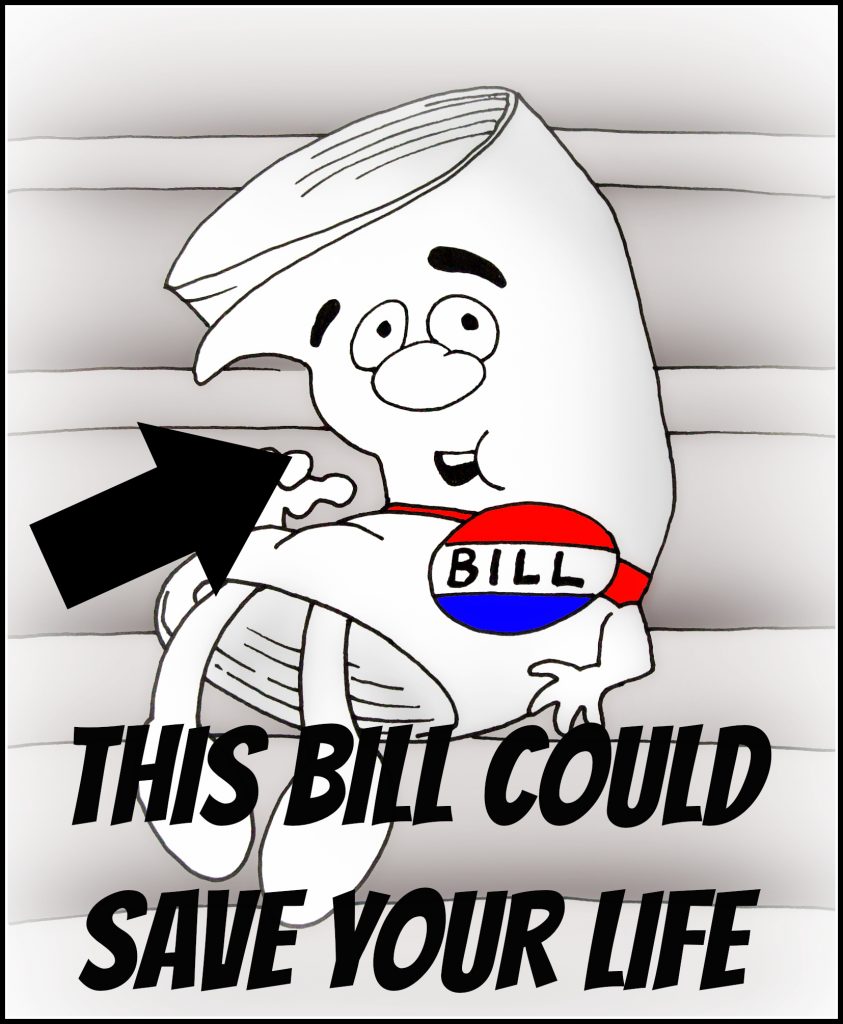 I have some very bad news, which will likely grieve you to your core as it did me: Rep. David Fielding (D-Magnolia) does not read The Arkansas Project. If he did, he would have seen my post last month about a new report that shows government texting-while-driving bans have been linked to an increase in auto accidents. Instead, the honorable representative, according to KATV, is planning to proceed with even stricter restrictions on texting-while-driving:

The draft calls for tough penalties on drivers pulled over for texting. The first offense would be a $200 fine with a 30-day license suspension. Second offense would increase to $300 with a 90 day driving suspension. On the third strike, the penalty would be $500 and driving privileges suspended for one year.

Like drinking and driving, Fielding says it won’t stop everyone but, “Think twice before you pick up that phone.”

He says there isn’t a new cost associated with the bill passing. As for enforcing it, fielding says we can start out with unmarked car stings like some states do, “We know if a driver sees a marked car come behind they lower the phone down. If it’s an unmarked car, you don’t know who it is so there’s ways we can do it. There are ways it can be done.”

Um, when was the last time a piece of paper saved someone’s life?

A 2010 study revealed that texting bans create no reductions in auto accidents in states that have established them. Furthermore, evidence shows that these texting bans make driving less safe, not more safe, because they encourage drivers to be more discreet with their texting which takes their eyes and attention further off the road.

In the article, Rep. Fielding is also quoted as saying “the only way people can get punished for being on their phone, is if they kill someone and there needs to be a middle ground.” This is a claim Fielding has been making in other media outlets as well for months. One problem — this isn’t true, as a simple Google search will reveal: violators of the state’s texting ban or Act 181 can be fined up to $100.

More problems with these laws: they are altogether unenforceable. According to the same news report from KATV, in 2010 there were only 86 citations for texting and driving, 57 in 2011 and about 180 so far this year.

Presumably, Rep. Fielding knows that these types of laws are unwieldy at best. But rather than scrap them, he wants to increase the penalties associated with these acts. What Fielding fails to realize is that stiffer penalties will not improve the insurmountable enforcement challenges associated with these laws. Meanwhile, people will continue to text and drive in more dangerous ways — to avoid detection — and accident rates will continue to increase. It’s a solution in pursuit of the wrong problem.

I have reached out to Rep. Fielding for further comment on his proposals. I have not heard back from him as of publication time.