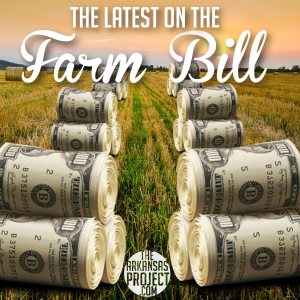 Over at the Weekly Standard, Jay Cost provides an excellent explanation of the policy and politics behind Tom Cotton’s increasingly scrutinized farm-bill vote.

Cost explains that even though Cotton has been taking political hits on his vote from the Pryor campaign, a vote against the farm bill was the correct decision on policy grounds.

Let’s take the politics of it first. Cook captures well the mythology of the farm bill, that it helps “farmers and folks in rural and small-town Arkansas.” But that is simply not correct. The farm bill helps the wealthiest farmers because its subsidies are ultimately keyed to agricultural output. You have to farm more to get more from Uncle Sam, which means that small farms get very little.
More than this, economists have found that the only groups to benefit from the farm bill are those possessing inelastic inputs. Say, for instance, that you are a cotton worker, and the feds just increased the subsidies to cotton. Will you receive a bump in your pay because cotton output has become more valuable? Maybe, for a time. But labor is an elastic input, so the better wage rates will attract non-farm workers or maybe those working on soybeans. Soon, much of your labor gains will have evaporated. Instead, the real winners will be the landowners—because you cannot make more land.
So, let’s drill it down in Arkansas. In 2012, there were about 45,000 farms in the Razorback State. Of them, only about 16 percent had more than $100,000 in sales. This is where most of the subsidies will go, and the benefits will accrue mostly to the landowners. So a vote against the farm bill is really a vote against maybe 7,200 or so landowners in Arkansas.
But that’s not all. Since the 1960s, the farm bill has been linked to food stamps in a logroll. The reason for this is that, with the egregious cost of farm subsidies and the shrinking farm population, farm subsidy advocates have struggled to put together enough votes in Congress. So, they linked the program to food stamps, which have since grown to unbelievable proportions—46 million people according to the last count by the Department of Agriculture (which only runs the food stamp program because of this logroll). How well does that play in a state like Arkansas? Urban liberals might think nothing of such a figure, but in a conservative state like Arkansas the number probably frightens and appalls more than anything.

You can read the rest of his article here.