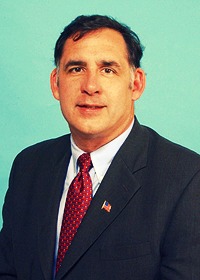 Kudos to U.S. Sen. John Boozman (R) of Arkansas, who announced he is withdrawing his support for the Preventing Real Online Threats to Economic Creativity and Theft of Intellectual Property Act (PIPA), in response to the “chorus of concerns” that came to a head today.

Boozman posted on his Facebook page that he is having his name removed from the list of co-sponsors and would vote against the bill “in its current form.”

Over the past few weeks, the chorus of concerns over Congressional efforts to address online piracy has intensified.  I can say, with all honesty, that the feedback I received from Arkansans has been overwhelmingly in opposition to the Senate bill (S.968, the PROTECT IP Act) in its current form.  That is why I am announcing today that I intend to withdraw my support for the Protect IP Act.

I will have my name removed as a co-sponsor of the bill and plan to vote against it if Majority Leader Reid brings it to the floor in its current form.

The PROTECT IP Act seeks to address an issue that is of vital importance to the future of intellectual property rights in the modern era.  However, the concerns regarding the unintended consequences of this particular bill are legitimate. Therefore, we should not rush to pass this bill, rather we should be working to find another solution so that the epidemic of online piracy is addressed in a manner that ensures innovation and free speech is protected.  I have confidence that we can do this, but not as the PROTECT IP Act stands today.

Online piracy hinders creativity and steals jobs.  Much of this criminal behavior comes from rogue websites operating in countries like Russia and China.  Their ability to operate threatens American ingenuity by distributing copyrighted material free of charge.  We must work to ensure that copyright holders are protected if we want to defend American ingenuity, ideas and artwork.

The goals of the Protect IP Act are commendable, but the potential for damaging unintended consequences is its major flaw.  Moving forward, I will work with my colleagues, the stakeholders and the American people to find a workable solution that protects intellectual property rights while promoting an open and vibrant Internet.

I want to thank you for raising your concerns about this bill.  Your voice has been heard.

Politico has a good round-up of other House and Senate sponsors of PIPA and its House counterpart, the Stop Online Piracy Act (SOPA), who have dropped their support of the effort to censor the Internet. A similar piece in The Hill chronicles the crumbling support for the bills.

UPDATE: A statement arrives from Republican Rep. Tim Griffin, a SOPA co-sponsor in the House. Setting the stage to bail out on the misbegotten legislation, perhaps? He says he’s taking “a second look” at the legislation based on constituent feedback.

UPDATE 2: And a follow-up statement from Griffin late Wednesday evening completes the turn, as he withdraws his co-sponsorship of the House SOPA bill. Full statement:

“Stopping theft of American intellectual property by foreign rogue websites is critical to protecting American ideas and jobs. I co-sponsored SOPA because I firmly believe we must protect American ideas and innovation–the foundation of the world’s greatest economy–and job creators in my district supported it.

“I welcome input on SOPA from all sides and have heard from many constituents loud and clear.  I was hopeful we could revise SOPA to address the concerns raised, but that now looks improbable, if not impossible. While many claims being made in opposition to SOPA are addressed through proposed amendments and changes to the bill, my constituents have made it clear to me that they still oppose SOPA.

“I pledged to take a second look at SOPA, and I did just that.  I also said that I would not support a bill unless my constituents are comfortable with it. And I won’t.  Recently, I have spoken with a number of constituents in person in Conway, Little Rock and around the District, and via Twitter and Facebook. In addition, I have received over 800 emails and over 250 telephone calls.  I considered every constituent opinion expressed.  In this case, I am convinced that there has to be a better vehicle to protect American intellectual property than SOPA.  Therefore, I have decided to withdraw my support for SOPA and remove my name as a co-sponsor.

“It is time to press the reset button with regard to combating online theft.  More work must be done by Members of Congress and the content and tech communities to reach consensus on this issue.”

All right, team, that’s a good day’s work. You can come in a little late tomorrow.