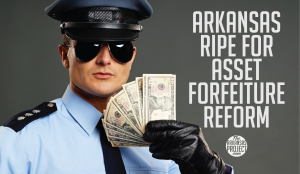 The Supreme Court struck a blow for liberty this week by unanimously ruling that states face some limits on confiscating your property.

In Timbs vs. Indiana, the court ruled that the constitutional prohibition against excessive fines and fees applies to state seizures of property. The case involved a man who pleaded guilty to selling a small amount of heroin who then saw Indiana confiscate his $42,000 Land Rover. The Land Rover, purchased with insurance money, not drug money, was worth far more than the highest penalty for the drug crime.

The Institute for Justice has written an excellent report entitled “Policing for Profit.” As that title suggests, the report details the numerous abuses of the civil asset forfeiture process. The report concludes:

Civil forfeiture laws pose one of the greatest threats to property rights in the nation today. They encourage law enforcement to favor the pursuit of property over the pursuit of justice, and they typically give the innocent little recourse for recovering seized property. And without meaningful transparency, law enforcement faces little public accountability for its forfeiture activity or expenditures from forfeiture funds.

If you want to know more about civil asset forfeiture in Arkansas, the Arkansas Center for Research in Economics (ACRE) has been doing some great work on the issue. You should check out its recent blog post that discusses Timbs and provides links with more information about the issue.

Jeremy Horpedahl from ACRE also appeared in the pages of the Democrat-Gazette discussing the extent of asset forfeiture in the state:

Arkansas law enforcement agencies seized nearly $88 million in cash from 2010-18, about $9.7 million per year, according to data collected by Jeremy Horpedahl, assistant professor of economics at the University of Central Arkansas.

That does not include the value for roughly 4,900 vehicles, at least 3,300 weapons and 1,000 other pieces of property confiscated in that span, according to numbers provided by Horpedahl…

In light of the Supreme Court’s decision, it appears that the judiciary is becoming more skeptical of government’s ability to take someone’s property on what amounts to a whim. That is certainly a positive step for anyone who values liberty.