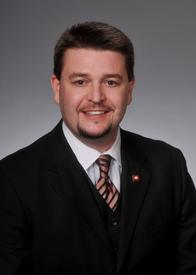 For the latest interview in my “Advancing Arkansas” series, I sat down with Senator Jason Rapert (R-Conway) about his plans for the upcoming legislative session. The session begins in just 5 days.

Other than reforming the Medicaid system — which is at its breaking point — Senator Rapert said school funding is the biggest issue currently facing the legislature:

“The second item behind Medicaid would be school funding. The Supreme Court’s ruling that came through that basically upended the Lakeview ruling — I think that’s going to be a big issue. I have already received a phone call from one of the affected school districts.”

Another critical issue will be the steadily rising cost of health insurance for Arkansas teachers.

“Currently, a family of 4, their health insurance is about $1,000 per month. We are meeting specifically about what to do. Currently the state requires that each district contribute $131 per month to that cost for a teacher, but some districts contribute more and some cannot do it. So there is a disparity among teachers and once that news spreads you have a problem.

Some of the affected staff are not teachers, but rather support staff. Some of them make about $16,000 per year — it’s hard to survive when your insurance costs are $12,000 per year.”

But perhaps Senator Rapert’s #1 goal for the session is enacting real tax reform:

“We need fundamental tax reform. By that I mean we need to enact tax reform that will allow us to become one of the most attractive places to do business in our region. We are typically in a position where states that adjoin us offer a more attractive tax structure. We need to look at fundamental reform. I am open to looking at a flat tax. It’s very obvious we are not attracting the kind of growth that we should, we have a wonderful quality of life, we have great people, we have great university systems.”

“I’d like to see us reform corporate income tax and capital gains tax. If we had overall individual income tax reform, we could do better as well. I also think we should do away with the sales tax on groceries. Our state has the 3rd highest poverty rate among children in the nation. We have a moral imperative when the cost of food and fuel has risen to get rid of the sales tax on groceries. We are one of only a few states who tax food at grocery stores. What the governor is proposing could lead to the tax staying on for a few more years. I think we should go ahead and eliminate it completely now.”

On health care exchanges, Rapert says the choice is between a federal exchange or a partnership, telling me that the state will not have a state exchange:

“I think the lion’s share of the GOP is uncomfortable saddling the state with the cost of the health care exchange. Based upon inconsistencies from the administration, it seems fiscally dangerous to pursue anything other than a federal exchange at this time. The Obama administration and the feds came up with the affordable care act so we feel like they need to own the exchanges as well. We have to determine if we’re going to go forward with a partnership or simply allow the federal government to pay for setting up and running an exchange in Arkansas. Personally, I wish Obamacare had never been passed in the first place. The federal government does not have the money to back up the promises being made – it is a bad bill, it is bad for America and it is bad for Arkansans.”

Other goals for Rapert include stopping the state’s funding of Planned Parenthood of the Heartland and passing legislation to ensure stricter oversight of the state treasurer’s office:

“There are agencies here that can do the education [on AIDS] that are not involved in abortion. I am not comfortable with them receiving taxpayer dollars. I think it’s morally wrong to send money to a group that is killing tens of thousands of little American babies every year.

The Arkansas State Treasurer, Martha Shoffner, has not done a good job managing the taxpayers money. She knows very little about the business of managing money and the missteps she has made prove that point.  We need to consider legislation that directs how state funds are to be invested in the Treasurer’s Office if we cannot guarantee that the elected Treasurer is professionally qualified to be making those decisions or will not hire staff that is professionally qualified to do so.”

As always, we will keep you posted on how these reforms fare and what shape they take once they are debated by the legislature.