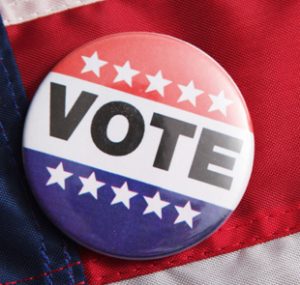 Some of the specifics of the Arkansas voter ID cases are a little difficult to follow, so I thought I’d lay out some of the basics for our readers.
1. A central question in voter ID litigation is: is the statute constitutional? A related question is: will the courts find the statute constitutional? (Some people would say that, since the courts get to say what is constitutional, these two questions are really the same.) Last week, Judge Tim Fox found that Arkansas’s voter ID law was unconstitutional.
2. None of the lawyers or parties in the case had asked Fox to decide the constitutionality of voter ID. The case before Judge Fox was about a relatively small issue – whether the state election board can enact a rule to cover an unanticipated situation involving absentee ballots.
3. Judge Fox made his finding of unconstitutionality in a most unusual way. Typically, judges make decisions about matters that come before them. That is: ordinarily, lawyers appear before the court and argue each side of an issue, and the lawyers’ appearance only occurs after the judge in the case has received and read pleadings from the lawyers containing explanations of the relevant facts and law. But Judge Fox did none of this: instead, on his own initiative, he simply decided that the law was unconstitutional. If Judge Fox had followed a more typical procedure, he would have informed the lawyers that he had spotted a previously undiscussed issue, and he then would have asked the lawyers to discuss that issue in pleadings filed with the court.
4. Why should you, or I, or anyone care whether Judge Fox follows a normal procedure or an abnormal procedure? Well, one reason to care is that when courts follow the normal procedure, they are likely to produce better work. I have no idea if Judge Fox is aware that four different courts of appeals in four different states – Georgia, Indiana, Pennsylvania, and Wisconsin – have found their own states’ voter-ID legislation to be constitutional, because there was never an opportunity to explain that fact to his court. But I am quite sure that the relevant cases would have been brought to the court’s attention by the lawyers if Judge Fox had requested briefing on that issue.
5. As a general matter, is it unethical for Judge Fox to follow this abnormal procedure? Absolutely not. He’s entitled to run his courtroom and make his own decisions in exactly the way he wants to, so long as he follows Arkansas’s Code of Judicial Conduct.
6. So why did Secretary of State Mark Martin ask Judge Fox to remove himself from the case? Here’s what Mark Martin’s lawyer said, although not in so few words: Judge Fox’s impartiality in this case might be reasonably questioned, which runs the risk of a violation of Rule 2.11 of the Code of Judicial Conduct.
7. What would the argument be that Judge Fox had appeared less than impartial and had violated the Code of Judicial Conduct? When I attempt to connect the dots that are on Mark Martin’s request for refusal, I think it might be something like this:
a. If a judge is going to depart from the standard procedure of deciding matters that are in front of him, that judge definitely ought to make sure that there’s nothing that appears less than impartial with respect to any related matters.
b. It’s a remarkable coincidence that Jeff Priebe, a lawyer who is currently pursuing a lawsuit aimed at removing Judge Fox’s opponent from the ballot, is also (in an entirely separate case) representing the ACLU’s plaintiffs who are challenging the voter ID statute. That’s a second and different case; unlike the case in which Fox decided by his ownself (as we say around here) that the statute was unconstitutional, in that second case at least the matter would have been fully briefed and discussed by the lawyers. It is fair to say that Judge Fox’s finding of unconstitutionality was, speaking loosely, a tremendous gift to Jeff Priebe, who is currently pursuing Judge Fox’s political interests.
c. And although this wasn’t discussed in the Mark Martin letter, when another ballot eligibility case was brought before Judge Fox earlier this week (involving former state representative Josh Johnston), Fox recused almost immediately.
d. Does all that mean that Judge Fox’s impartiality here could reasonably be questioned? I guess that depends on who’s doing the questioning, and how much weight the questioner assigns to the above facts.
8. So what will happen to voter ID in the future? Who knows? The state Supreme Court temporarily put Fox’s ruling on hold: the deadline for both sides to file their briefs is noon Friday. Stay tuned!

One thought on “The Q.T. On Voter ID”