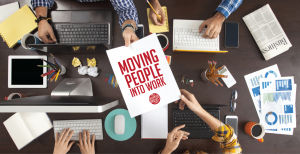 The federal government is vast. It has a lot of programs aimed at tweaking nearly every aspect of our society. No one should be surprised that these initiatives can, at times, work at cross-purposes with each other — such as what happens with federal disability programs.

Rep. French Hill and Sen. Tom Cotton see the problems with this system. They have introduced legislation (HR 1540 in the House of Representatives and S 656 in the Senate) that would require a review of individuals on SSDI to determine if they are likely to have a medical improvement in their condition that would allow them to return to work. If they do, then they would have their benefits time-limited and allowed to earn some income while still retaining their benefits.

Currently, SSDI provides an incentive to stay out of the workforce, even if the condition that made you disabled improves. If someone earns more than $1,180 a month, their benefits are cut off. Obviously, having a disability can involve a range of conditions. Some of those conditions will preclude working again. Other conditions, however, may not mean that a job is forever out of the realm of possibility. The Hill/Cotton bill would be a very good change in the system for people who fall into this category by ending the penalty they currently face if they return to work. Under this bill, the disability benefits would be phased out, rather than abruptly cut off, as someone in this category earns more income.

In recent years, there has been increased attention to the role that SSDI is playing in our safety net system. A variety of news stories have begun to cover “the startling rise of disability in America.

” Ted Dehaven of the Cato Institute wrote this in 2013:

Social Security Disability Insurance (SSDI) is one of the largest federal programs, and it is one of the most troubled. The program’s expenditures have doubled over the last decade, reaching an estimated $144 billion this year. Spending has risen so rapidly that SSDI’s trust fund is projected to be depleted just three years from now.

SSDI was originally created as a modest safety net aimed at severely disabled workers who were close to retirement age. But Congress has expanded benefit levels over the decades, and eligibility standards have been greatly liberalized. The result is that people capable of working are instead opting for the disability rolls when confronted with employment challenges. Once on the disability rolls, experience shows that individuals are likely to remain there, which is bad for the individuals, taxpayers, and the economy.

House Speaker Paul Ryan has said he would like to tackle entitlement reform. The bills introduced by Rep. Hill and Sen. Cotton are a good way to begin that process.