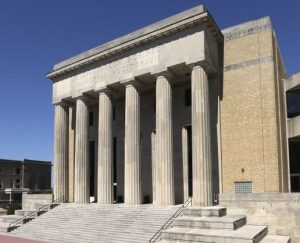 There were a handful of “good government” reforms that were passed in this year’s legislative session. One of those bills was Act 312, sponsored by Rep. Nate Bell (R-Mena).

The goal of Act 312 is simple — to prohibit government employees from using taxpayer-funded resources to influence the outcome of ballot measure elections. Violating this act amounts to a Class A misdemeanor; furthermore, whoever violates it will both lose his or her job and be barred from future Arkansas public employment.

A few weeks ago, I was told that Robinson Center employees, as part of their greeting to attendees before performances, were reading a message over the loudspeakers about the upcoming Little Rock tax election. (If you haven’t heard: Little Rock taxpayers are being asked to approve a tax extension to finance a renovation of the Robinson Center, with a price tag of a cool $68.6 million — or $497 per square foot.)

I reached out to Gretchen Hall, CEO of the Little Rock Convention & Visitors Bureau that oversees the Robinson Center. Hall said she was unaware of any tax increase that was being discussed (I assume that’s because the proposal is being branded as an “extension of an existing tax”) but said she had read pre-performance announcements about the renovation project. She sent along two different versions of her scripted remarks — one that was read before the city officially called the election and one that was used after.

Mrs. Hall told me she did not “feel any actions taken have violated Act 312” because her remarks were made on personal time and did not support or oppose any ballot measure. It’s very possible she is correct here. However, both scripts encouraged attendees to pick up a brochure in the lobby for more information about the renovation project. In other words, brochures that are favorable to the ballot measure are being distributed in this publicly-funded building. Here is where things get sticky.

It shall be unlawful for any public servant, as defined in § 21-8-402, to use any office or room furnished at public expense to distribute any letters, circulars, or other campaign materials unless such office or room is regularly used by members of the public for such purposes without regard to political affiliation. It shall further be unlawful for any public servant to use for campaign purposes any item of personal property provided with public funds.”

Now, I’m not an attorney and I don’t play one on T.V. But I went by the Robinson Center and didn’t see any other political brochures. It sure didn’t look to me like this area is “regularly used by members of the public” to “distribute letters, circulars or other campaign materials.” Therefore, it would seem that the distribution of these renovation brochures creates a legal problem.

While the brochures don’t explicitly advocate for the passage or defeat of the ballot measure, in my opinion, they seem to qualify as campaign literature (view the brochure here). Unfortunately, since Act 312 is a new statute, we do not have any court rulings to fall back on for reference. I suppose it will be up to Pulaski County Prosecutor Larry Jegley to decide whether this becomes a test case.

In addition to distributing these brochures in the Robinson Center, the LRCVB also hosted a luncheon on September 24th to unveil their renovation plans and have produced this YouTube video that shows what the new-and-improved center might look like. Were these projects financed with taxpayer dollars?

One thought on “Are Little Rock City Employees Violating Act 312?”