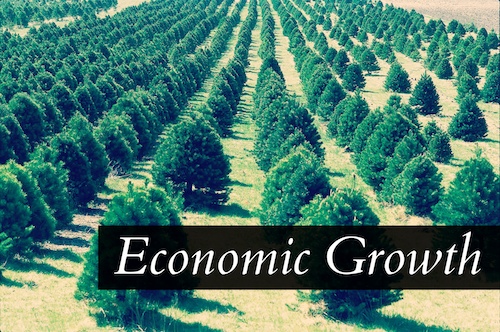 Readers of this blog are familiar with the waste of millions of taxpayer dollars at Governor Mike Beebe’s Solyndra, LM Wind Power. The cronyism, mismanagement, and lack of accountability there is breathtaking. These concerns are not simply economic, but political and philosophical: for instance, what message is this favoritism sending to other Arkansas businesses that do not receive the same preferable treatment? Shouldn’t they be outraged that the state isn’t paying for their projects? And now we know how at least one business owner feels about bureaucratic meddling, thanks to the courage of a businessman from south Arkansas.

In a guest column for the Advance-Monticellonian, Thomas V. Maxwell, owner of Maxwell Hardwood Flooring, mounted his soapbox in opposition to the bureaucratic central planning that is harming Arkansas’ economy. This time, it’s the forestry industry under attack:

When contractors for the George W. Bush Presidential Library sought bids for hardwood floors, they excluded wood flooring from five-sixths of Arkansas’s sustainable, certified forests because the wood was not recognized by one specific certification system. The same holds true for the Clinton Presidential Center in Little Rock, which utilized bamboo floors manufactured in China. Bias of this type could dramatically impact Arkansas’ forestry industry and businesses like mine.

Currently, the United States Green Building Council’s Leadership in Energy and Environmental Design, or LEED as it’s better known, only recognizes one of more than 50 independent forest certification standards worldwide, the Forest Stewardship Council certification, as acceptable. The problem is that many private sector construction projects and numerous government agencies follow LEED guidelines by default, without looking at other sustainable options.

Maxwell concluded with a dire warning:

Here is what can happen if we sit by and allow governing bodies like the US Green Buildings Council make arbitrary decisions on what certifications are truly credible:

The vast majority of Arkansas’s forests, which are certified by other independent review groups, would not be eligible for use in many construction and remodeling projects. The 2,500 families who manage Arkansas’s ATFS forests would lose significant business. In fact, wood from 75 percent of certified forests in North America would be ineligible for LEED buildings. The demand for FSC-only certified wood would send American builders to overseas markets for their products, threatening jobs in much of the American forestry industry.  And that’s an industry that is vital to the overall economic health of Arkansas.

How, one wonders, would shipping lumber from other parts of the world rather than using American resources be friendly for the environment? Do we really want to promote the use of wood from Russia, China and Brazil over the use of American lumber, when there are no environmental reasons for doing so?

This is simply one example of how thoughtless regulation of the Arkansas economy is hampering Arkansans by stifling Arkansas markets and dampening revenues to the state treasury.

What we need in Arkansas for “economic development” is not a slush fund under the control of a few powerful bureaucrats who gamble on winners and losers with our money — rather, what we need is for government to get out of the way and let job creators create jobs.

According to a study by the University of Arkansas-Monticello, Arkansas forest products industries shipped goods worth $7.4 billion dollars in 2001 and provided employment for 43,371 workers. The total economic impact of forest industries was $12.4 billion dollars. It looks like it’s time to reform poorly designed government regulations and let the forestry industry thrive in our state.