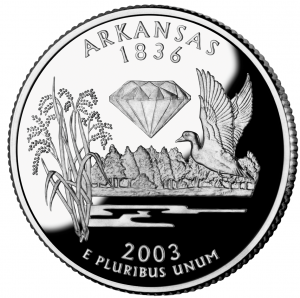 This morning, the House State Agencies Committee passed Sen. Bryan King’s voter ID bill (SB2) out of committee. It will now go to the full House for consideration and will then likely head to the governor. The bill would require Arkansas voters to present identification before voting. Given that overwhelming majorities of Republicans, Democrats, men, women, whites and blacks support the measure, critics of common-sense measures to protect election integrity have been relegated to criticizing the costs of the program. In fact, Rep. Jim Nickels, in an apparent attempt to derail the bill last week, requested a “fiscal impact statement” be conducted on the proposal before it was to be voted on by the committee.

The fiscal impact statement was compiled and presented to the committee today (you can view it here). It revealed that the estimated cost for implementing the program — which would require the state to purchase printing machines for county clerk offices so they can print IDs for those who do not have them — is $300,000. Not exactly a fortune in a state that spends over $21,000,000,000 per year.

For some added perspective on how much $300,000 is to the state of Arkansas, consider that the cost of voter ID is:

Perhaps this will serve as an antidote to the efforts of those who try to incite panic about the cost of requiring voters to show IDs. Of course I am strongly in favor of government exercising extreme caution any time they spend taxpayer money (which is every time they spend  taxpayer money). $300,000 in and of itself, is nothing to scoff at. However, it seems to be a relatively small price to pay to ensure the integrity of Arkansas elections, especially when you consider the exorbitant amount of our money that the state wastes on cronyism.

The next time you hear a legislator or party pundit talk about the high cost of election integrity, ask them when they’re going to allow their fiscal conservatism to spread to other policy areas.