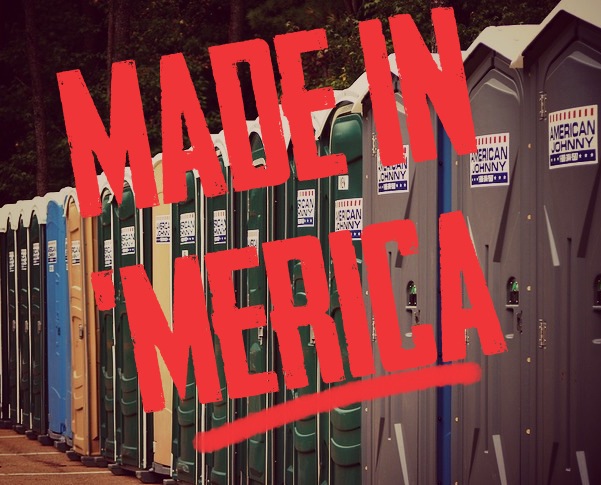 Senator Larry Teague (D-Nashville) has proposed a bill – SB54 – that would require the use of American-manufactured iron, steel, and other products in the construction of public buildings and public works in Arkansas.

The bill was scheduled to be heard before the Senate Agriculture, Forestry, and Economic Development committee yesterday but was pulled at the last minute. So, I called Senator Teague to ask him why he pulled the bill:

Then he asked me if I was against the bill. I told him that our parent organization, Advance Arkansas Institute, has taken no public position on the bill, but we do have concerns about the additional costs to taxpayers that the bill will create.

Respectfully, I told Senator Teague that this bill will cost taxpayers more than a nickel—more than several nickels, in fact. Instead of public entities making the most cost-effective decisions for their projects – which rarely happens anyway – they will be forced to purchase elements that will likely be much more expensive, simply because they were manufactured here in the US of A.

“Well, that’s interesting,” Teague said. “I will run the bill next Tuesday and I expect it to become law by the end of the week. But we’ll see. It’s kind of hard to vote against American-made.”

Free-market economists call this type of regulation in the marketplace “protectionism.” John Stossel calls it “stupid.” I call it irresponsible and bad public policy. It’s a “feel good” bill that may give lawmakers the warm fuzzies – and will certainly generate some media attention – but the consequences for Arkansas taxpayers could be catastrophic.

“’Buy American’ is a dumb idea. It would not only not create prosperity, it would cost jobs and make us all poorer. David R. Henderson, an economist at the Hoover Institution, explained why.

“Almost all economists say it’s nonsense,” he said. “And the reason is: We should buy things where they’re cheapest. That frees up more of our resources to buy other things, and other Americans get jobs producing those things.”

This is what people always forget. Anytime we can use fewer resources and less labor to produce one thing, that leaves more for other things we can’t afford. If we save money buying abroad, we can make and buy other products.”

Admittedly, Stossel’s article is in response to private initiatives to “buy American,” so the analogy is not perfect. However, isn’t this public initiative even more ludicrous? At least private businesses are making decisions with their own money – Senator Teague wants to make decisions with your money.

SB54 does provide that the American-made rule could be waived if 1. It is found not to be in the best interest of the state, 2. There are insufficient materials available that are American-made, or 3. The inclusion of American-made products will increase the overall cost by more than 25%. But the fact that these exemptions exist demonstrates the potential of this bill to cause problems.

Suppose that the city you live in decides to build a new $1 million fire station. Teague’s bill could raise the cost of that building – and the cost to taxpayers – up to $250,000 before being eligible for a waiver under exemption number three, further squeezing local governments and taxpayers who are already strapped for cash in this economy. This bill represents a huge, government-imposed cost increase to the taxpayers that is wholly unnecessary.

Senator Teague is right about one thing: it is politically difficult to vote against “American-made.” It is a great shame that it’s not politically difficult to vote for a bill that will indiscriminately increase costs across the board for school districts, city councils, counties, and the state of Arkansas – or, to put it more plainly, increase costs to the taxpayers. State lawmakers should be looking for ways to reduce costs to taxpayers, even if it means “buying Chinese.”