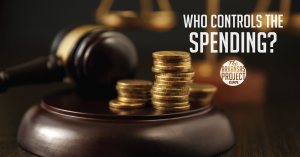 When legislators look for a little transparency in state spending, they should be rewarded. After all, the people deserve to know how state money is being spent, right? When it comes to the Arkansas Supreme Court, however, some people appear to think that asserting the legislative power of the purse signals the end of an independent judiciary.

This issue came up earlier this month during a committee meeting to consider the Supreme Court budget. At that meeting, Rep. Bob Ballinger and Sen. Trent Garner had questions and concerns about Supreme Court spending.

The cause of this concern is a $6 million fund controlled by the Supreme Court made up of money from bar association fees. There was initially little to no information about this fund. The information that was later supplied gave more detail, but not much.

It is completely reasonable for legislators to want more information on a fund that makes up roughly half of the Supreme Court’s budget. It is also reasonable for legislators to question the use of a fund that appears to operate outside the normal appropriations process. The legislative branch authorizes spending; the judiciary should not have independent spending authority. If the courts have been using this fund to do whatever the justices want, and there has been no legislative authority to spend those funds, that should trouble anyone who cares about a robust system of checks-and-balances between the three branches of government.

Some observers balk at legislators questioning this spending by the Supreme Court. They argue that these legislators are motivated by the court’s removal of Issue 1 from the ballot. The legislators in question can speak for themselves about their motives. But motives really aren’t important; what’s important is the legislative role in authorizing spending.

The members of the Supreme Court should not be surprised that legislators are being vigilant in defending their power of the purse. After all, in warding off tort reform, the Supreme Court has put forward an extremely robust defense of its judicial privileges. It has even gone so far as to disregard precedent in removing Issue 1 from the ballot. One can certainly expect the court to stand up for the judicial branch in any disagreements with the legislative branch. However, one should not be surprised if, in response, the members of the legislative branch decide to assert their powers in disagreements with the judicial branch.

Of course, Gray does not appear to have a very good grasp on how the three branches of government operate. Later in his statement about this incident, he says, “Governor Hutchinson should rope in these rogue legislators…” Governor Hutchinson is head of the executive branch. He is not the boss of any legislator. From his statements, it appears that Gray thinks that Supreme Court justices should be exempt from any legislative checks, but that legislators should be subservient to the executive branch. That is a strange view of how state government should operate.

The three branches of government are all independent but are tied together in a system of checks-and-balances. This dispute over the Supreme Court’s budget is an example of these checks-and-balances working. The General Assembly has the power of the purse; the Supreme Court does not. The legislators pushing for greater spending oversight by the legislature have every right to demand it. We shall see how this plays out when the 2019 legislative session convenes and the budget work begins in earnest.

I plan on digging into this issue more deeply and talking to the Administrative Office of the Courts to see what sort of details exist about spending from this bar fund as well as to get the judiciary’s views on this dispute.